Crafted at the Port of Los Angeles 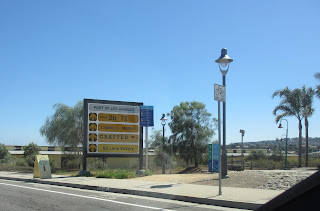 A long meandering Sunday drive ended at the Port of Los Angeles with my hubby very interested in touring a newly docked battleship- the USS Iowa. But, I was happily surprised to also see lots of signage advertising a new mecca for crafters called Crafted. 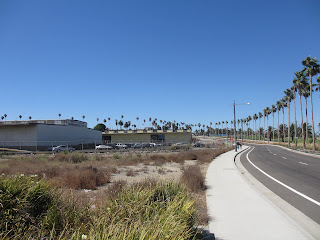 Luckily the lines to the battleship were too long so we kept driving and eventually found the giant Port of Los Angeles warehouse at 22nd St, San Pedro, CA 90731 that is " the new crown jewel in Southern California's Handmade Movement ". 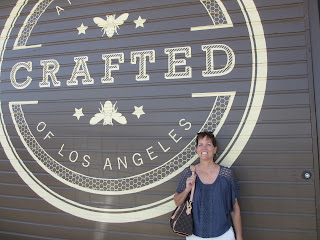 Admission is free and all the information and calendar of events can be found at craftedportla.com 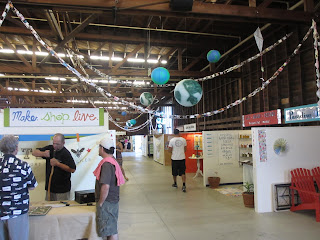 Crafted bills itself as the " nation's largest indoor year-round craft marketplace " and while the facility is HUGE it is also at only about 1/4 occupancy. Lots of empty stalls and not a lot of shoppers :( 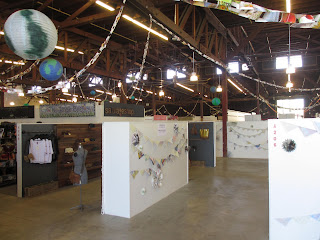 The crafters/vendors that were set up had some really great crafts from jewelry, to hats, to mosaics, to screen prints, to soaps to etc, etc. Definitely a good place to start Christmas shopping for unique gifts. 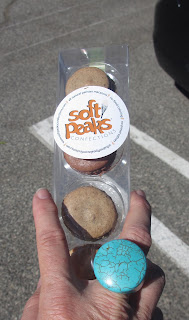 Of course we did not leave empty-handed...hubby could not resist a box of freshly made macaroons and I decided I needed a very, very large ( bigger than a macaroon ) ring made out of an unknown material.
Crafted is located in a fairly obscure part of LA but, as the Terminator once said,
" I'll be back ".
Posted by JD Nowland 1 comment: