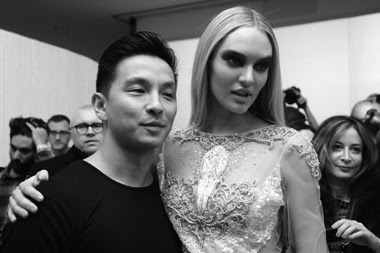 Target began its ad campaign for the Parbal Gurung designer line a couple months ago with a February 8th launch date.
But, who the heck is Parbal Gurung?
I knew Parbal Gurung had won the CFDA/Vogue fashion award in 2011 but, where did he come from...
Parbal was born in Singapore but, raised in Nepal. He apparently studied fashion at FIT in New Delhi, India and finished his fashion education at FIT in New York. He spent five years working at Bill Blass and then two years at Cynthia Rowley before launching his own line in 2009.

So now Target had targeted ( LOL ) Parbal Gurung for one of its famous designer launches. He likes pretty, feminine, romantic looks so the previews of the upcoming line on the Target website were enticing. A great selection of prints, solids, separates, dresses, shoes and jewelry that mixed together very well.

So I marked February 8th on my calendar and began to wait...
Posted by JD Nowland No comments: 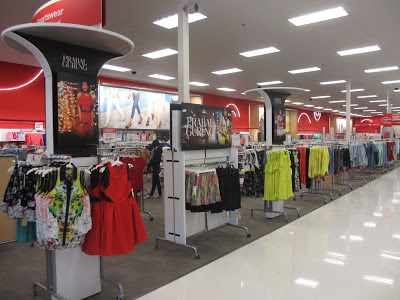 I actually made it to a Target store in the OC by 10am the first morning of the Parbal Gurung launch. Unfortunately the store had opened at 8am ( ! ) and there was very little merchandise left of the line. Also a worker told me I couldn't take any pictures :(
So the next day I visited a Target in Riverside County ( what's up with Riverside? ) and of course there was LOTS of Parbal Gurung in clothes and shoes and I forgot to look at jewelry. 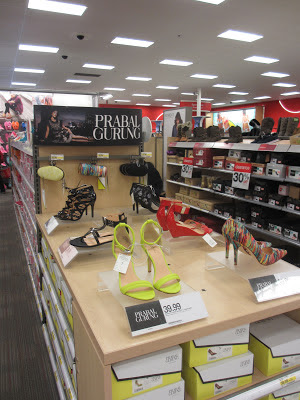 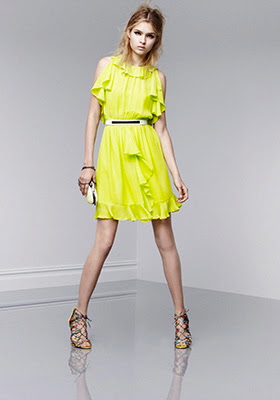 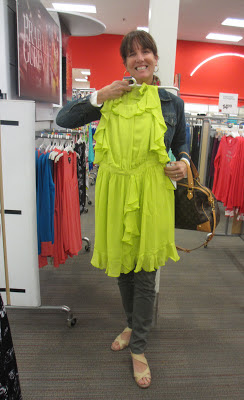 This lime green, ruffled dress tempted me but, since I'm not super cute I decided not to try on the super cute dress. Also, I've noticed in these Target designer lines the fabric is not very nice. It's definitely how the price is kept low but, it really feels like one step above acetate. It's some weird polyester blend and the whole dress would probably melt into a little ball if you burned it. 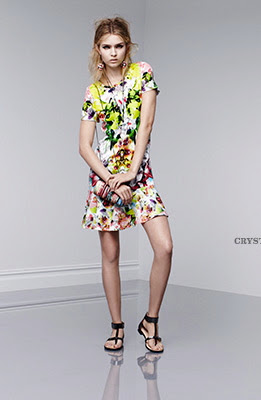 I did really love this print that Parbal Gurung used in many of his garments. He is masterful at mixing colors and motifs. Also the cut of all the garments were very good for a variety of body shapes and sizes. 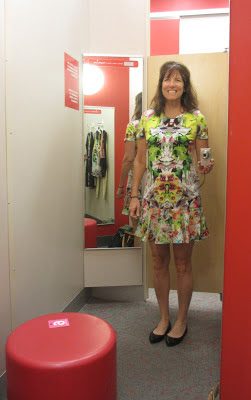 I optimistically decided to try on this dress because it was so cute and the print was so great but, alas it was also so short. I believe it was Tim Gunn who said "no minis after age 35" and I wholeheartedly agree. I thought about tights for a split second...
So the reality check is that young hip designers basically design for young hip girls and who can blame them.
So I left Target Parbal Gurung-less but, it's always fun to see a fashion line and witness that creative process at the street level.
Posted by JD Nowland No comments: