Costumer's Guild West, Inc. began Costume College in 2006.
It has only taken me 8 years to finally attend the four night and three day extravaganza
that was July 31 to August 3 in Los Angeles !

And the people watching not to be missed was the red carpet
leading to the Saturday night gala... 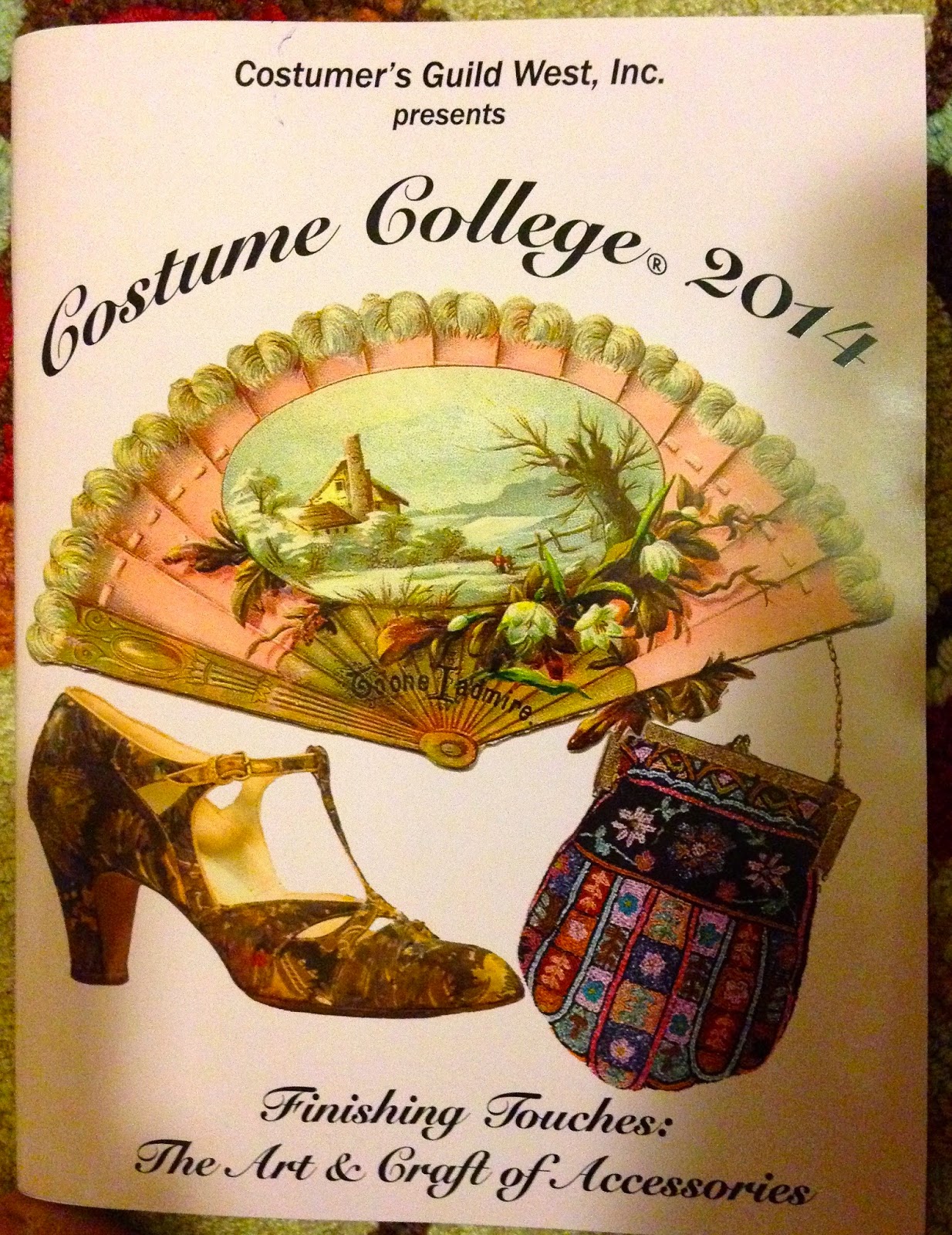 the party of parties; the Time Traveler's Gala.

The party had sold out months earlier and every guest was dressed impeccably.


What is amazing is that almost every garment is made by the attendees
after intense research to be as period accurate as possible.


From their hats to their shoes to their hair to the haberdashery,
they brought costume history to life.

Not everyone went for strict historical references.
Humor and imagination were also on display.


And how fun would it be to actually find a kindred spirit
who also enjoys becoming someone else for an evening.

There were also a couple astonishing look a-likes... 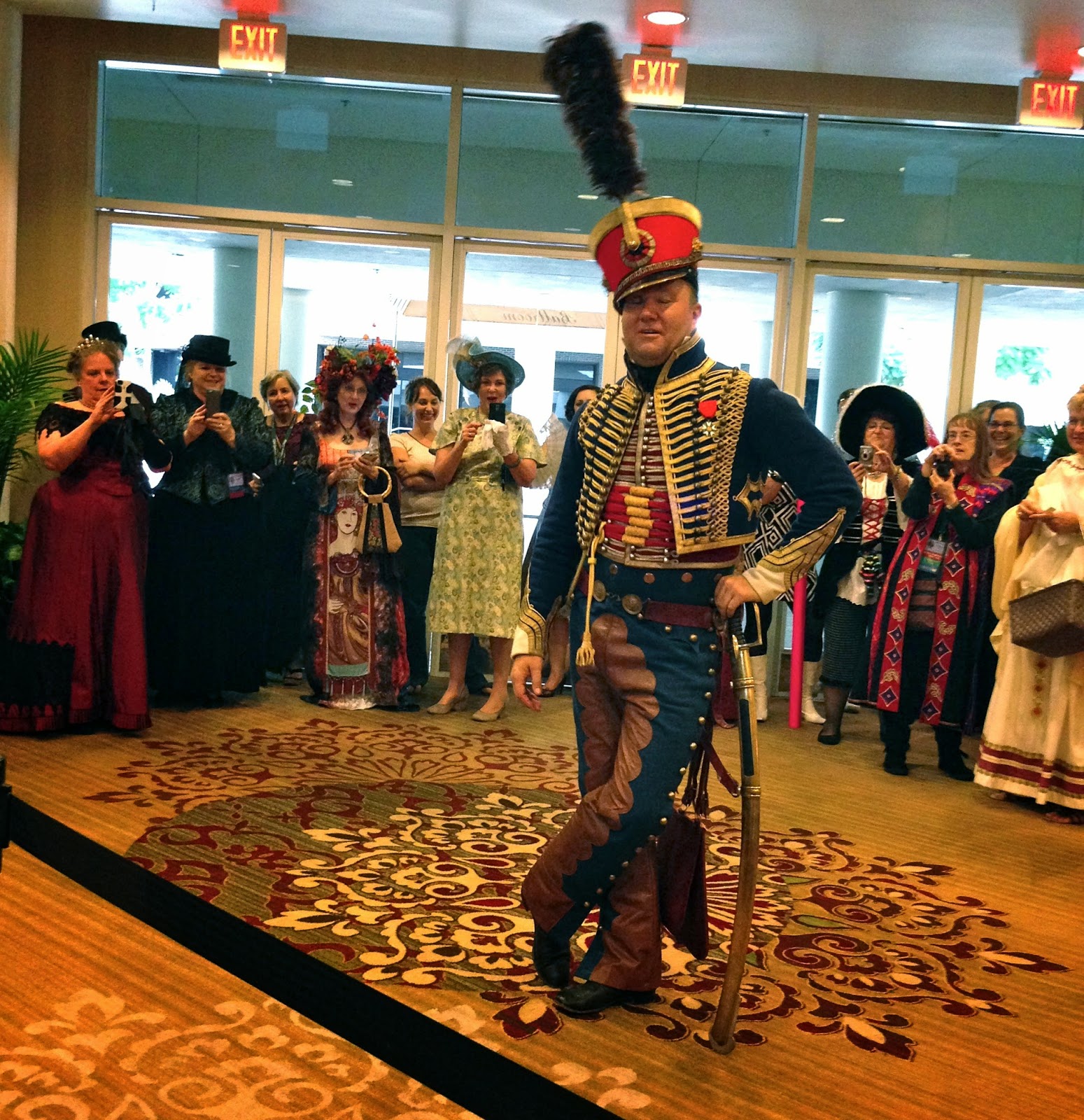 No idea who he is or what type of soldier, but he made a big impression. 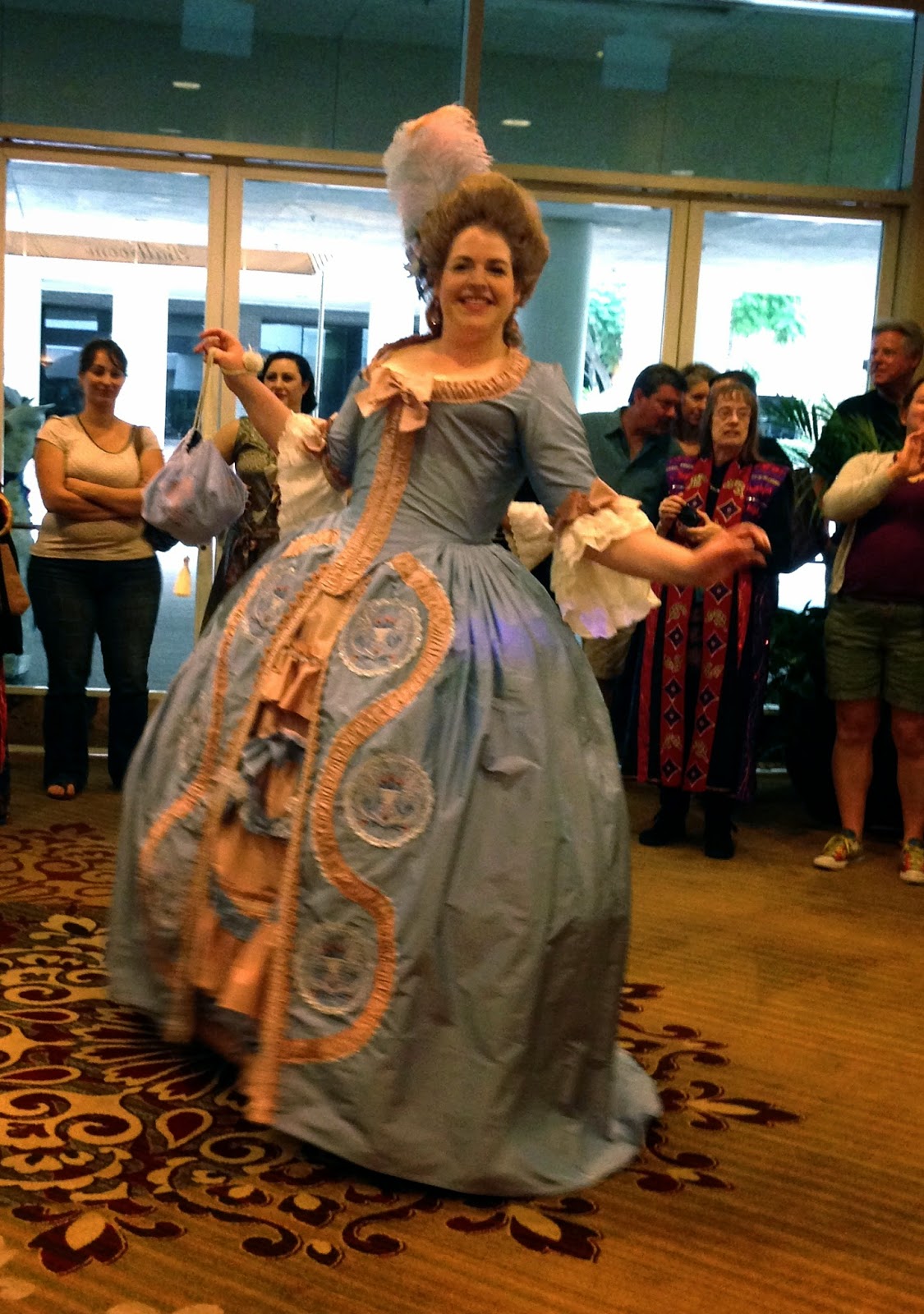 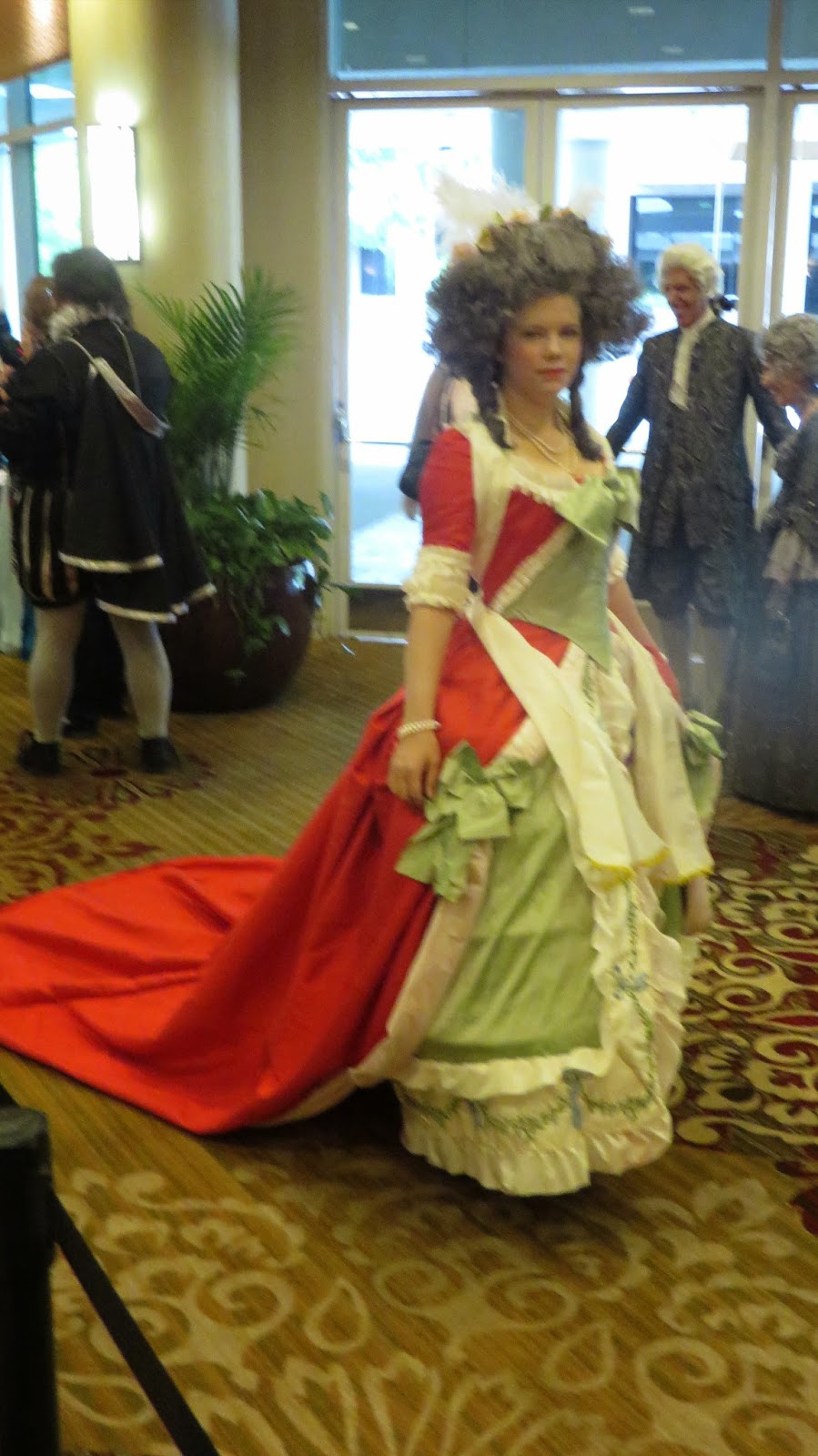 Do not ignore the fantastic hairpieces and hats ! 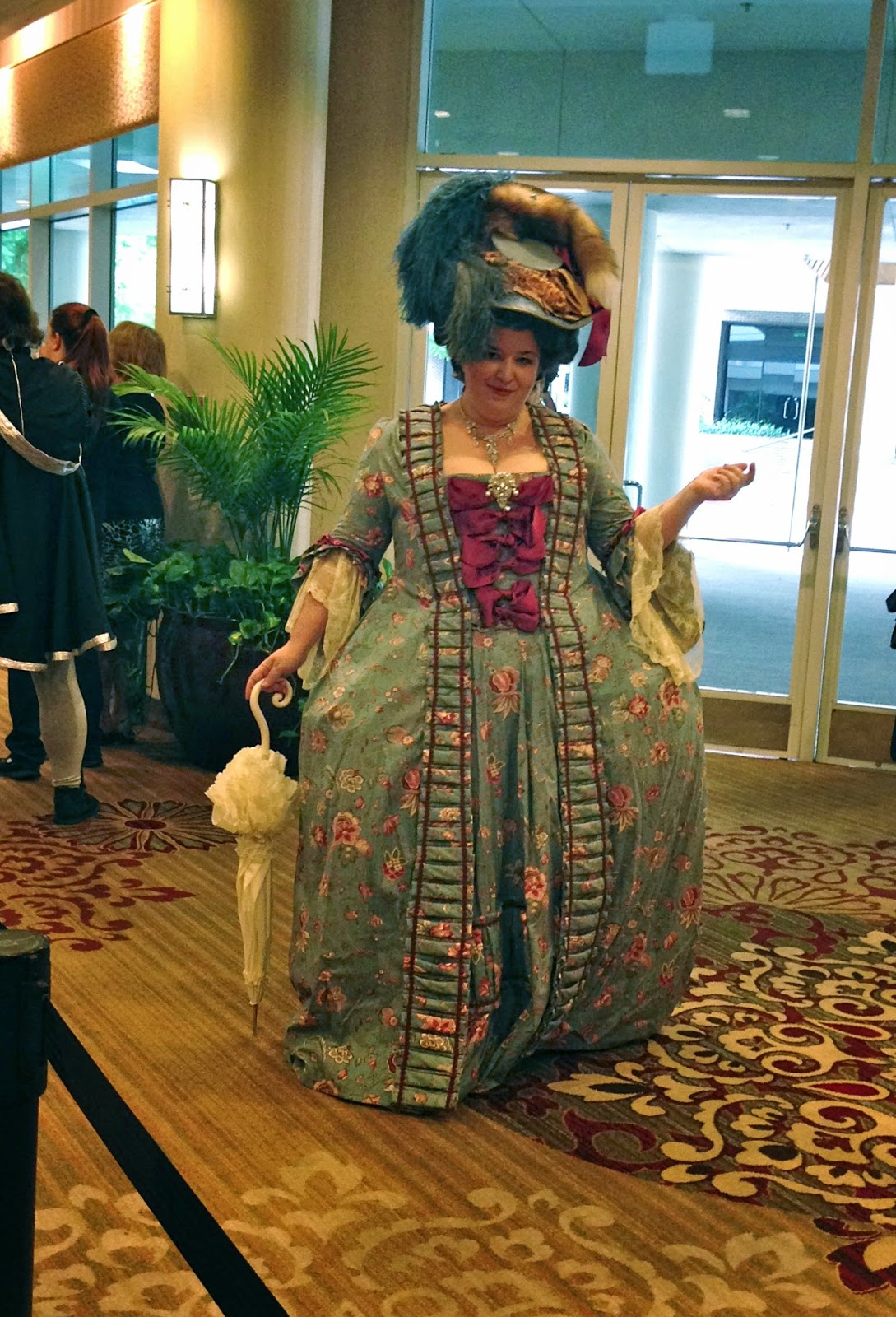 And all hundred+ guests had fun being the center of attention.
Some guests had extra fun...

Cavalcade of Costumes at Costume College 2014

The Costume College experience just kept getting better and better. 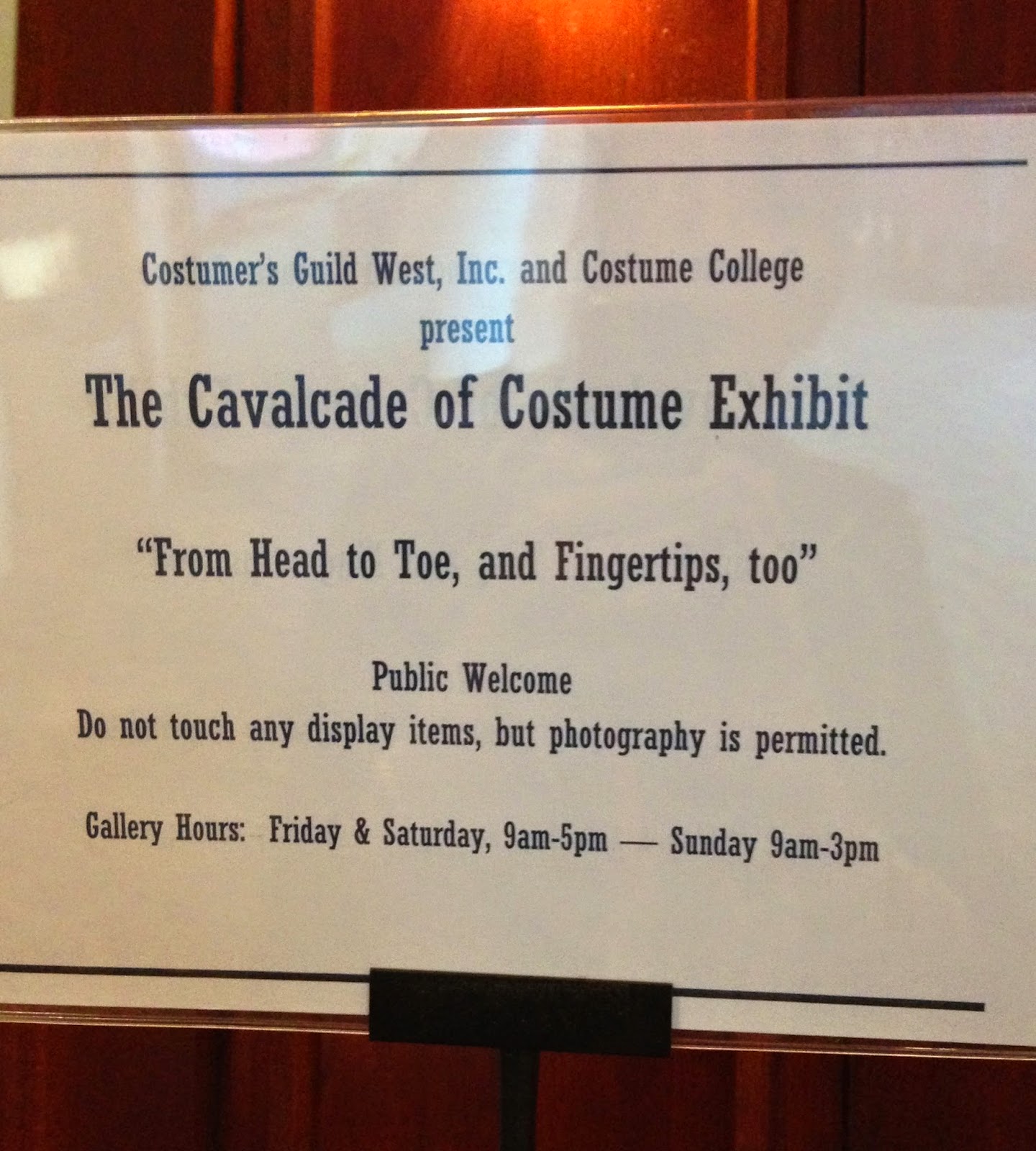 I was already in shock and awe at the fabulous costumes seen randomly
wandering about at Costume College, then there was also
The Cavalcade of Costume Exhibit 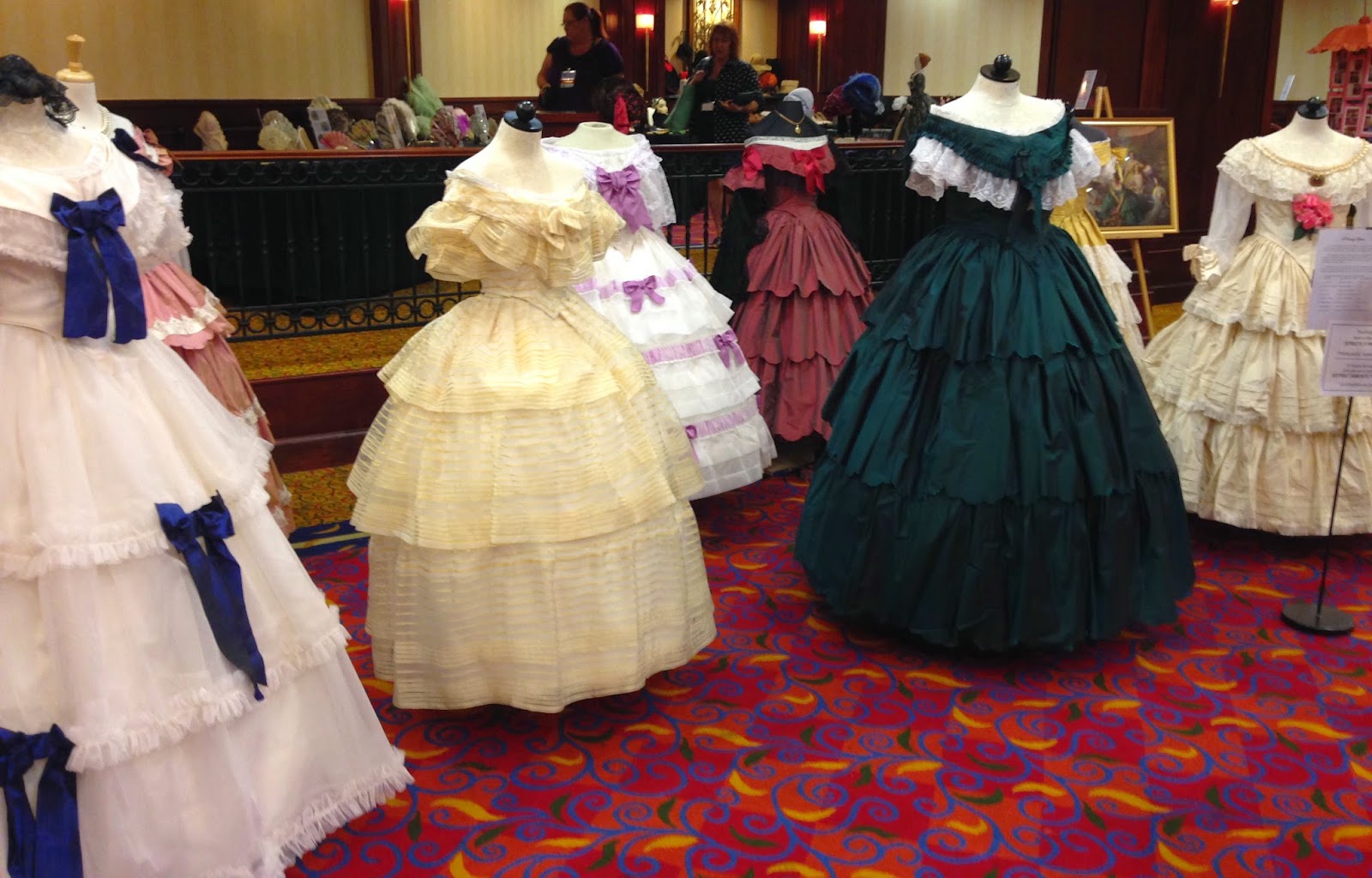 A banquet room full of dozens of complete costumes and accessories.
Many, many created by Costume Guild members and many items historical artifacts. 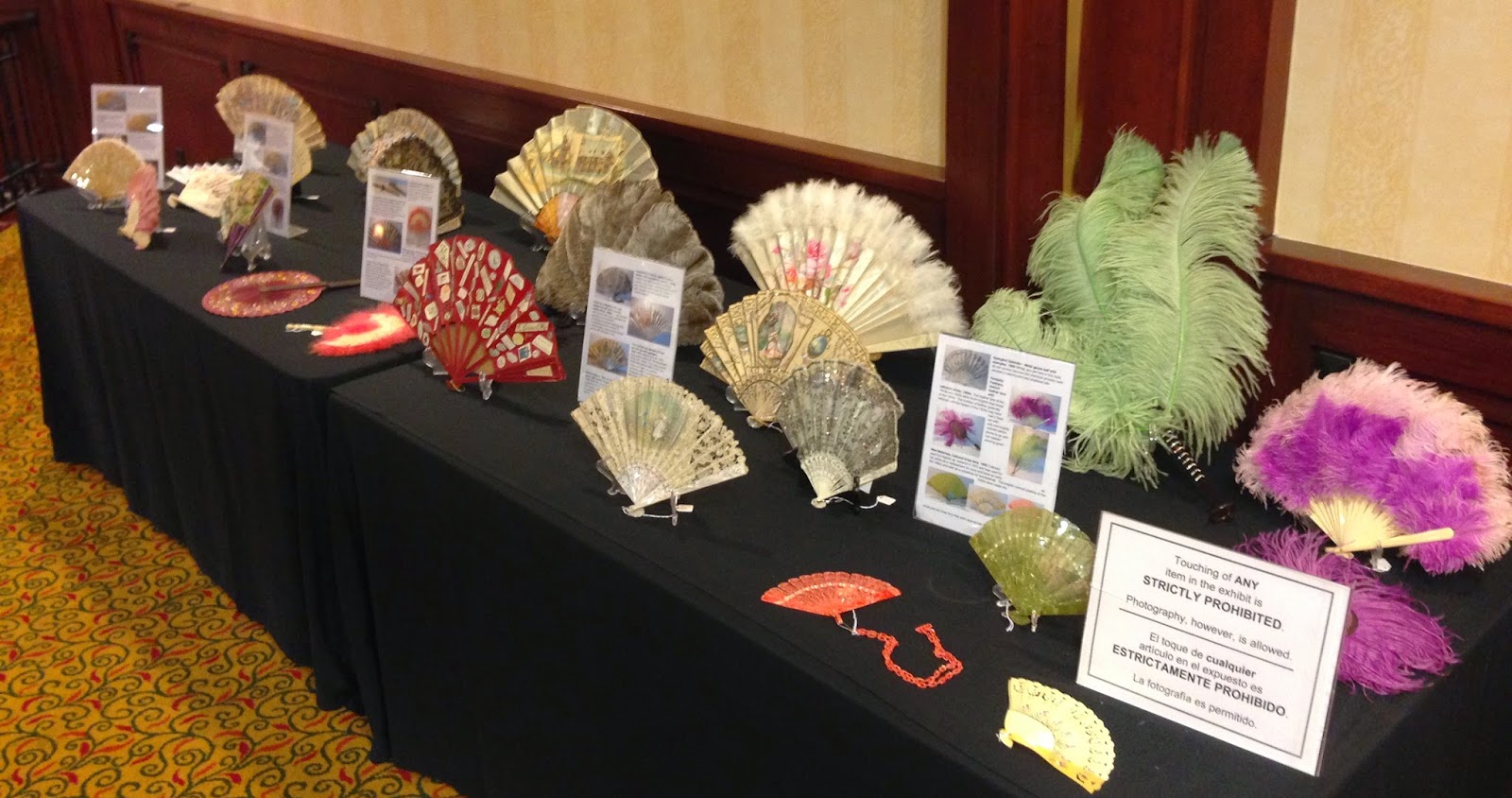 Every item had a wonderful description and the collections were amazing. 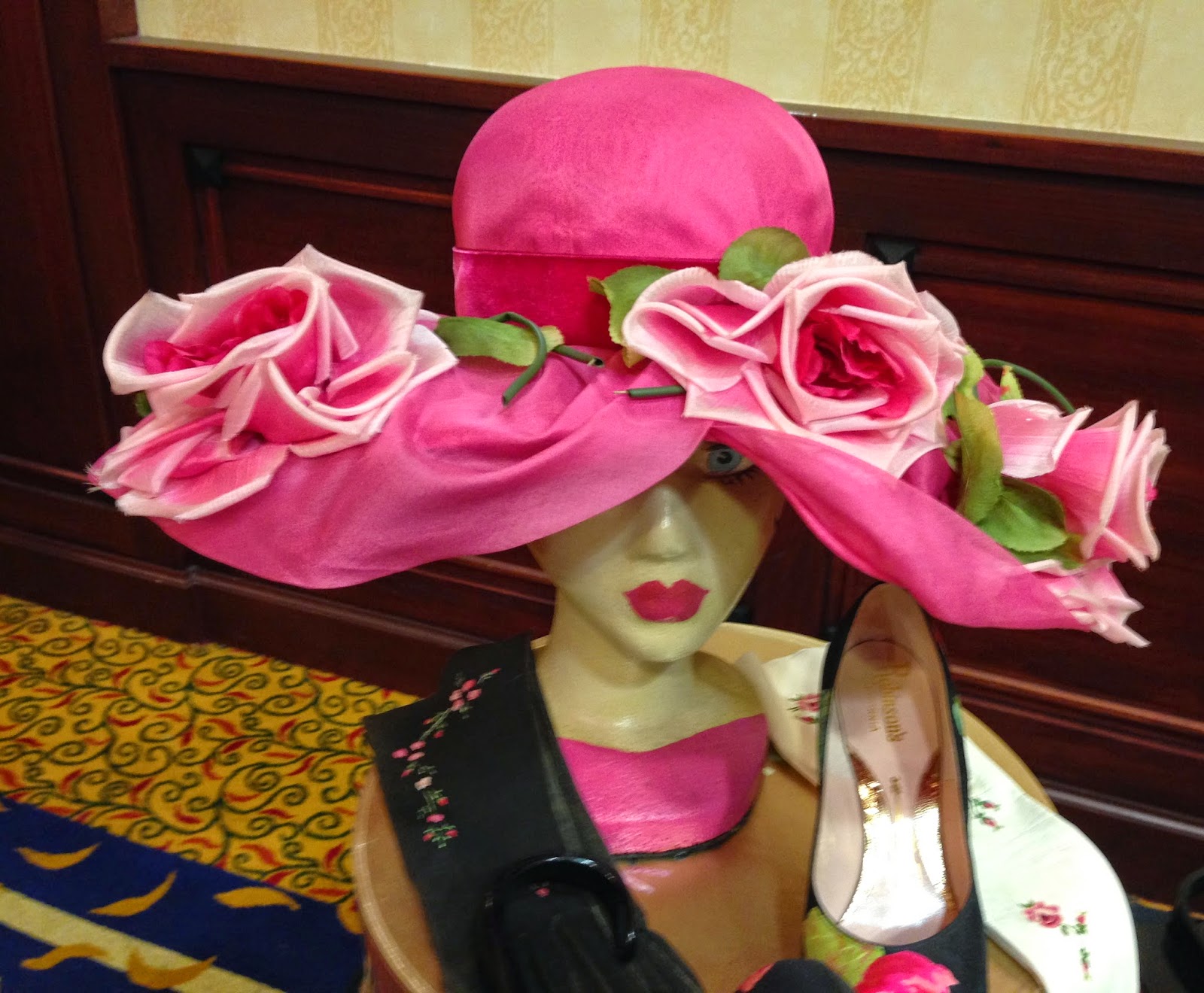 So many fantastic vintage hats that I actually got a little giddy :) 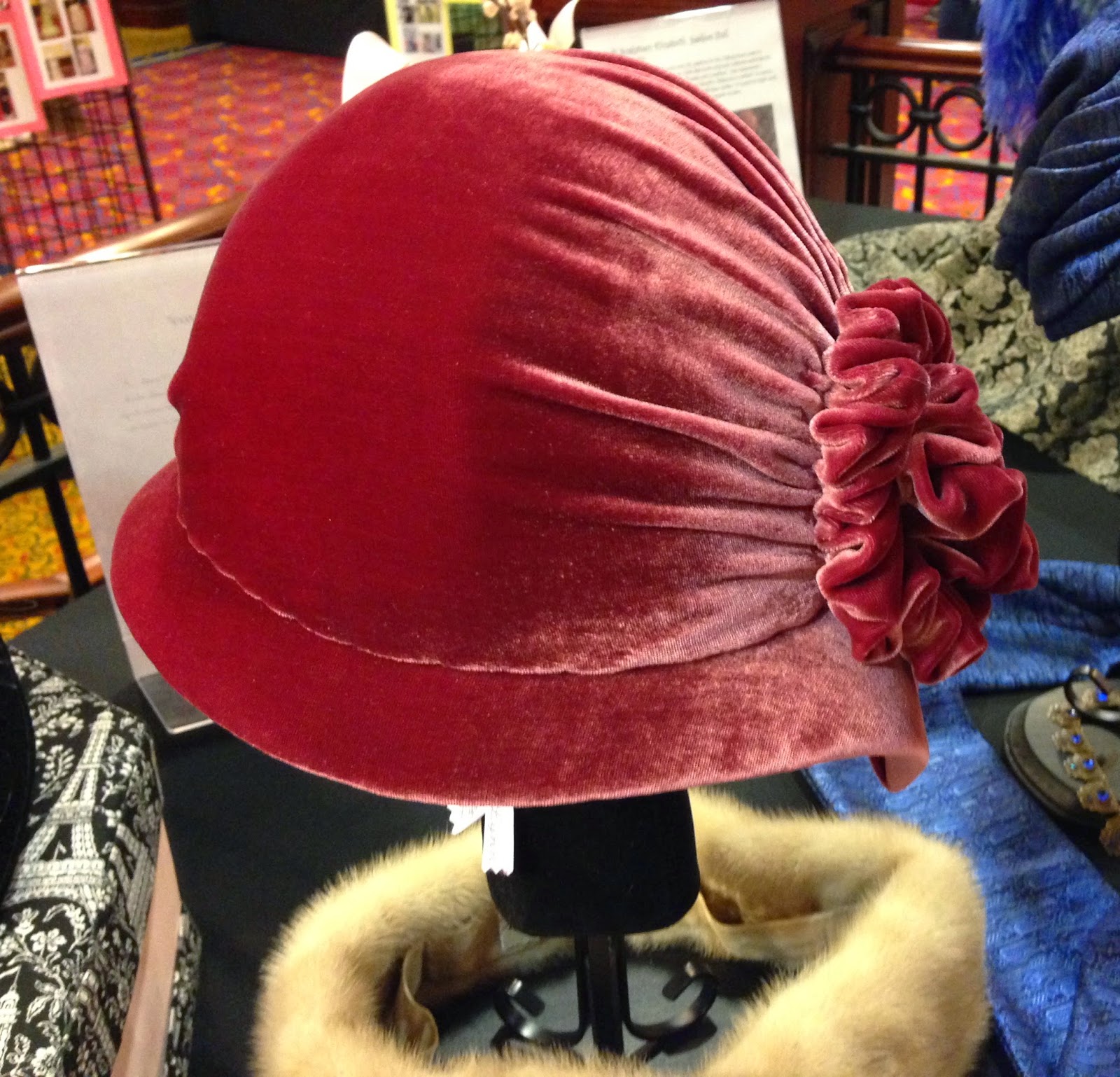 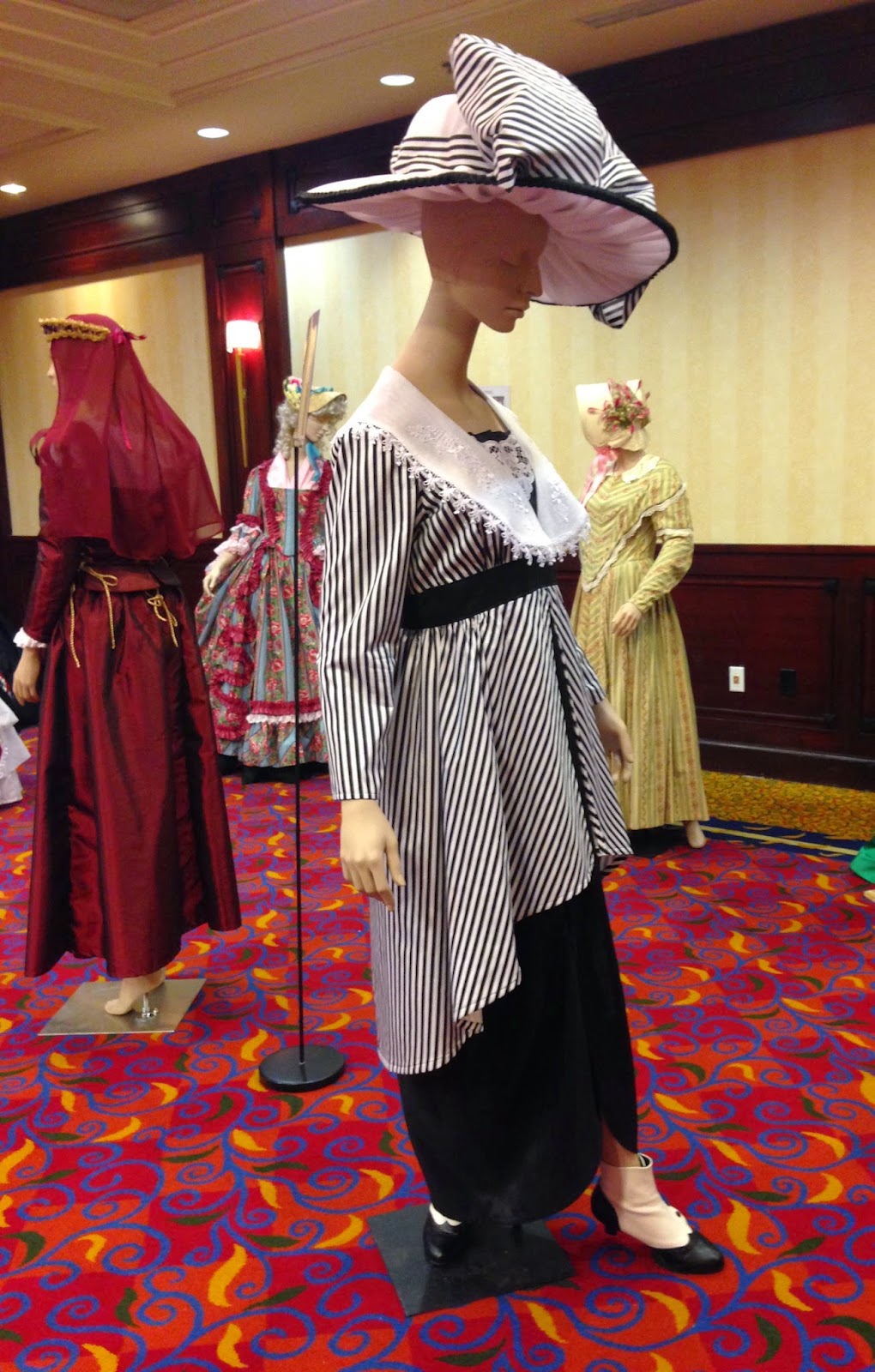 The garments were delightfully period correct right down to the shoes. 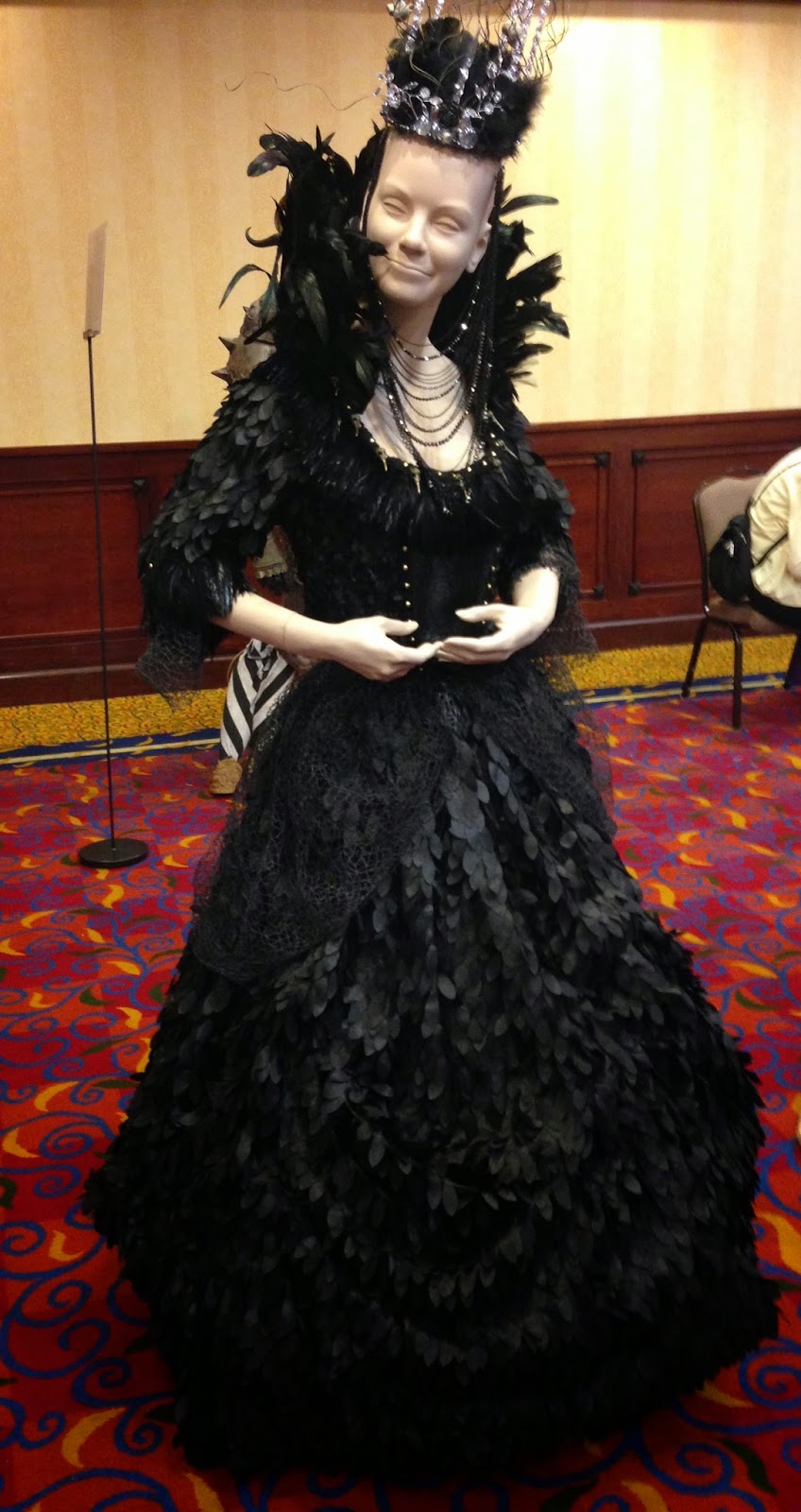 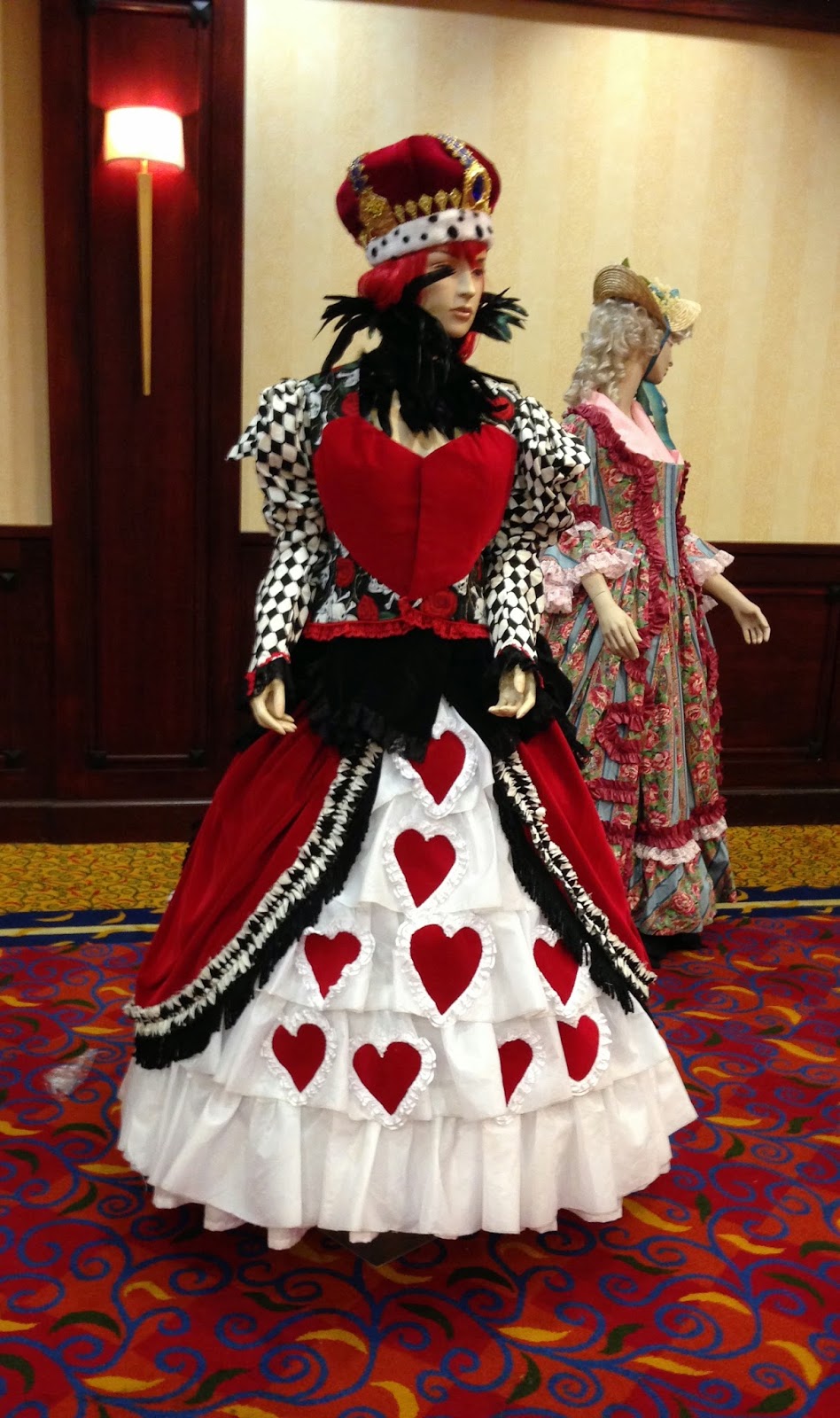 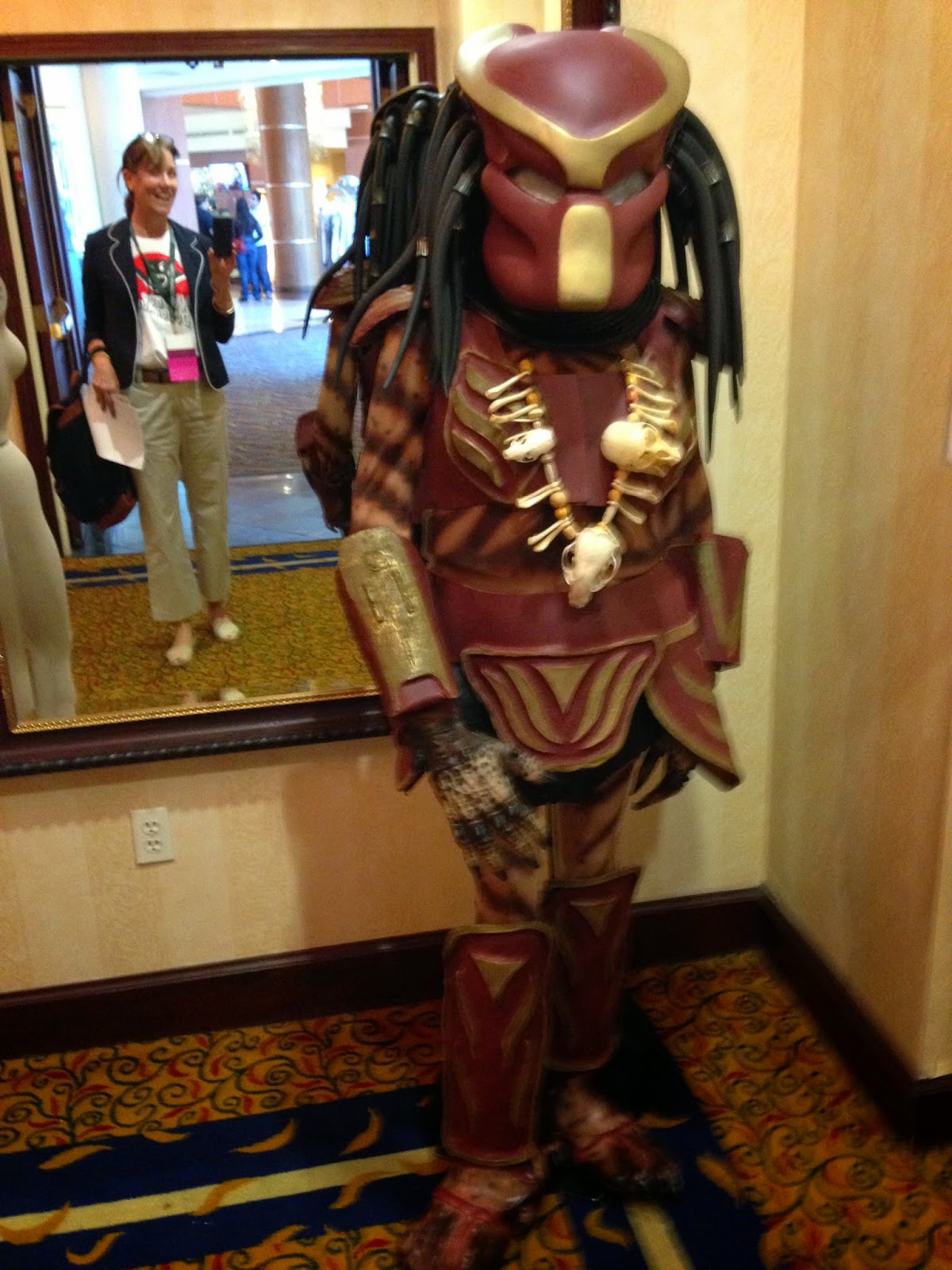 This collection and exhibit of historical, fantastical and imaginative costumes was almost... overwhelming.

I easily took 100 pictures to try and capture the creativity, beauty and wonder of this exhibit.