Louis Vuitton gifted Los Angeles with
an amazing interactive media experience
in a former camera store
that shared the creative journey
of the Spring/Summer 2015 collection. 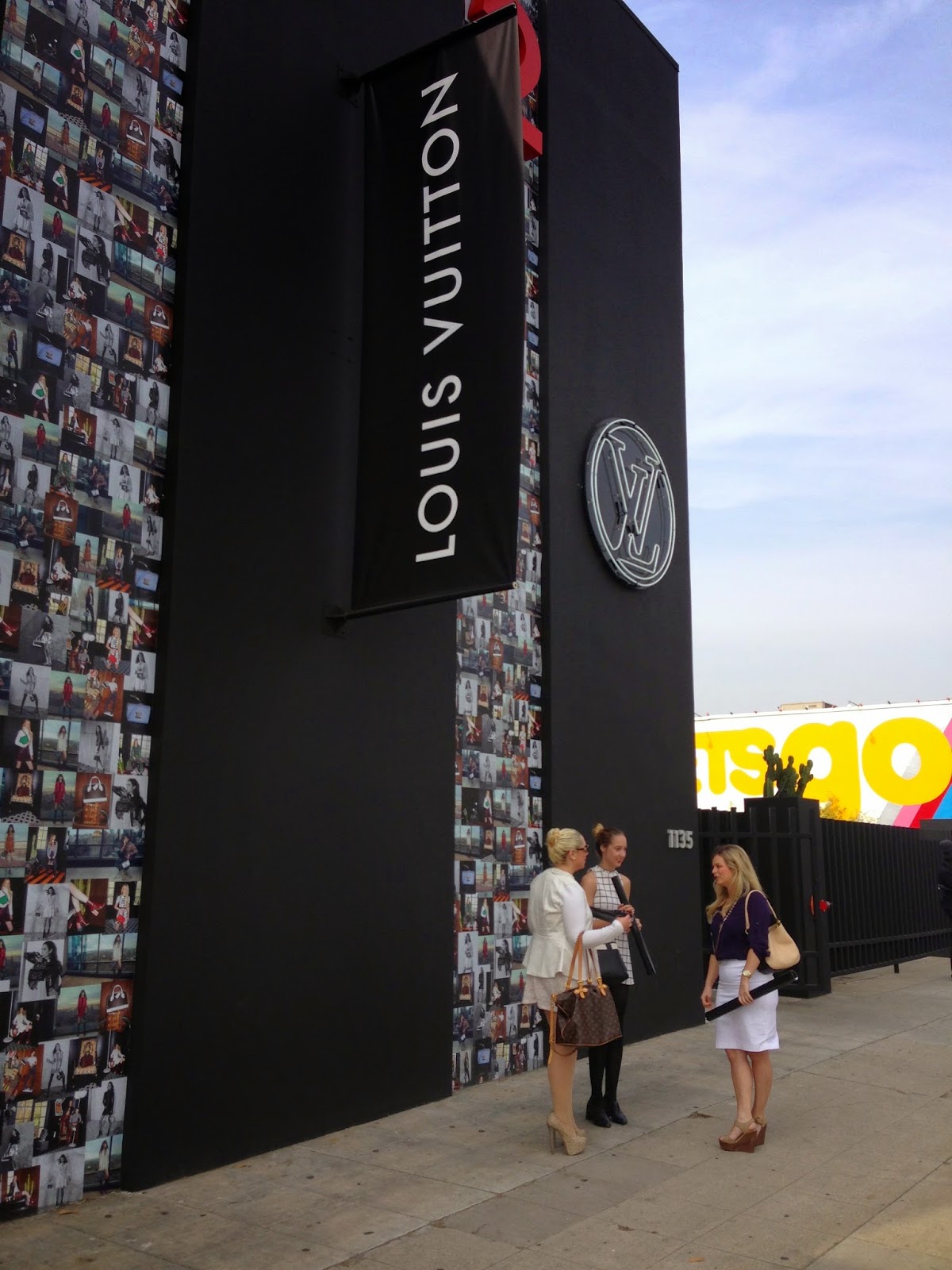 Nicolas Ghesquirere is the current
Artistic Director and the
Spring/Summer 2015 is
his third Women's Collection
for Louis Vuitton. 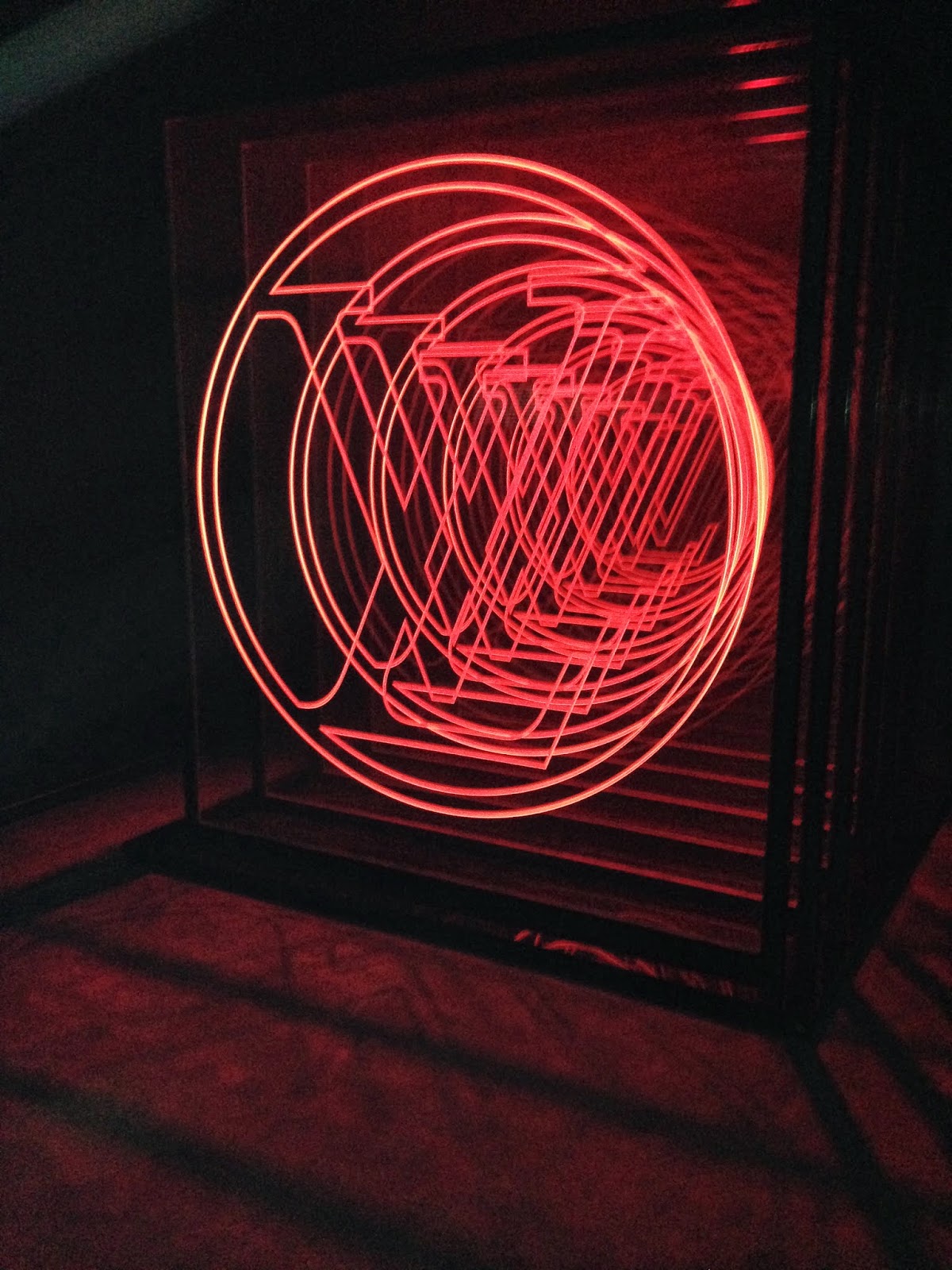 Louis Vuitton Series 2 - Past, Present, Future
is the full title of this unique experience.

The first installation was a perfect blend of the past and the present;
a neon sign of the LV logo that was first used in 1854
and patented in 1908. 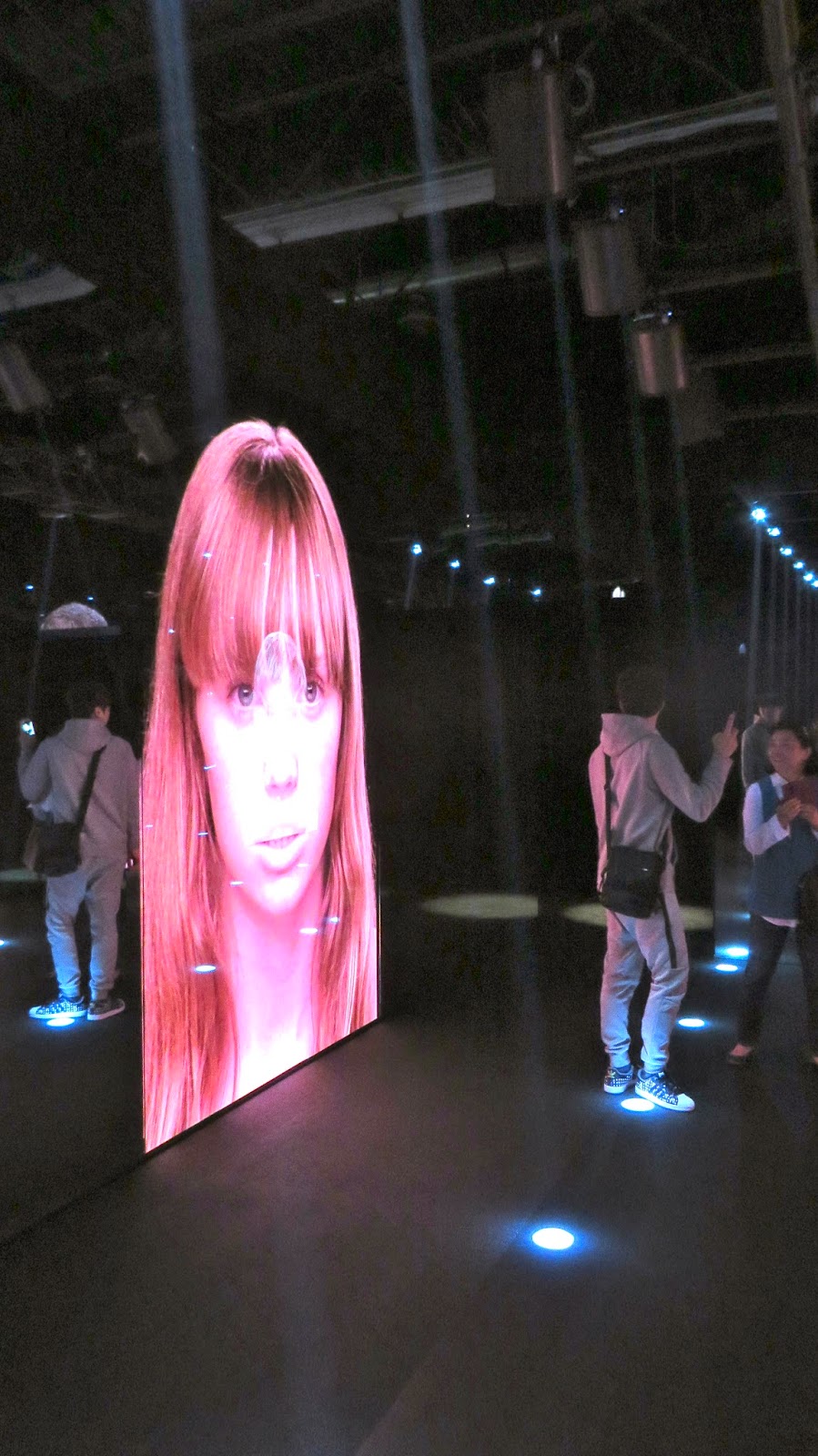 In the next pitch black room were giant constantly changing holograms
talking about the creative input and impact of the collection. 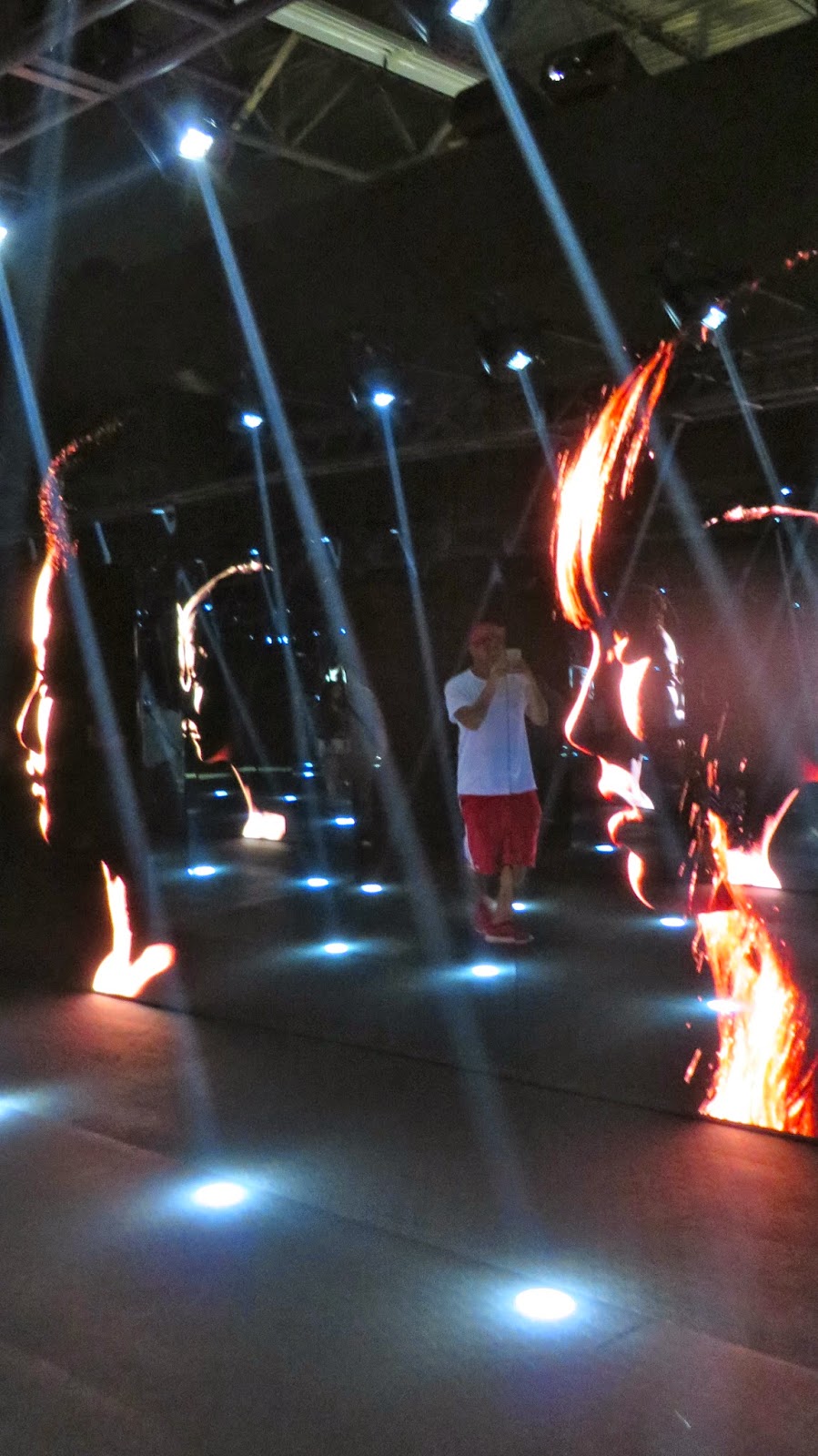 Walking all the way around these giant projected images was fascinating. 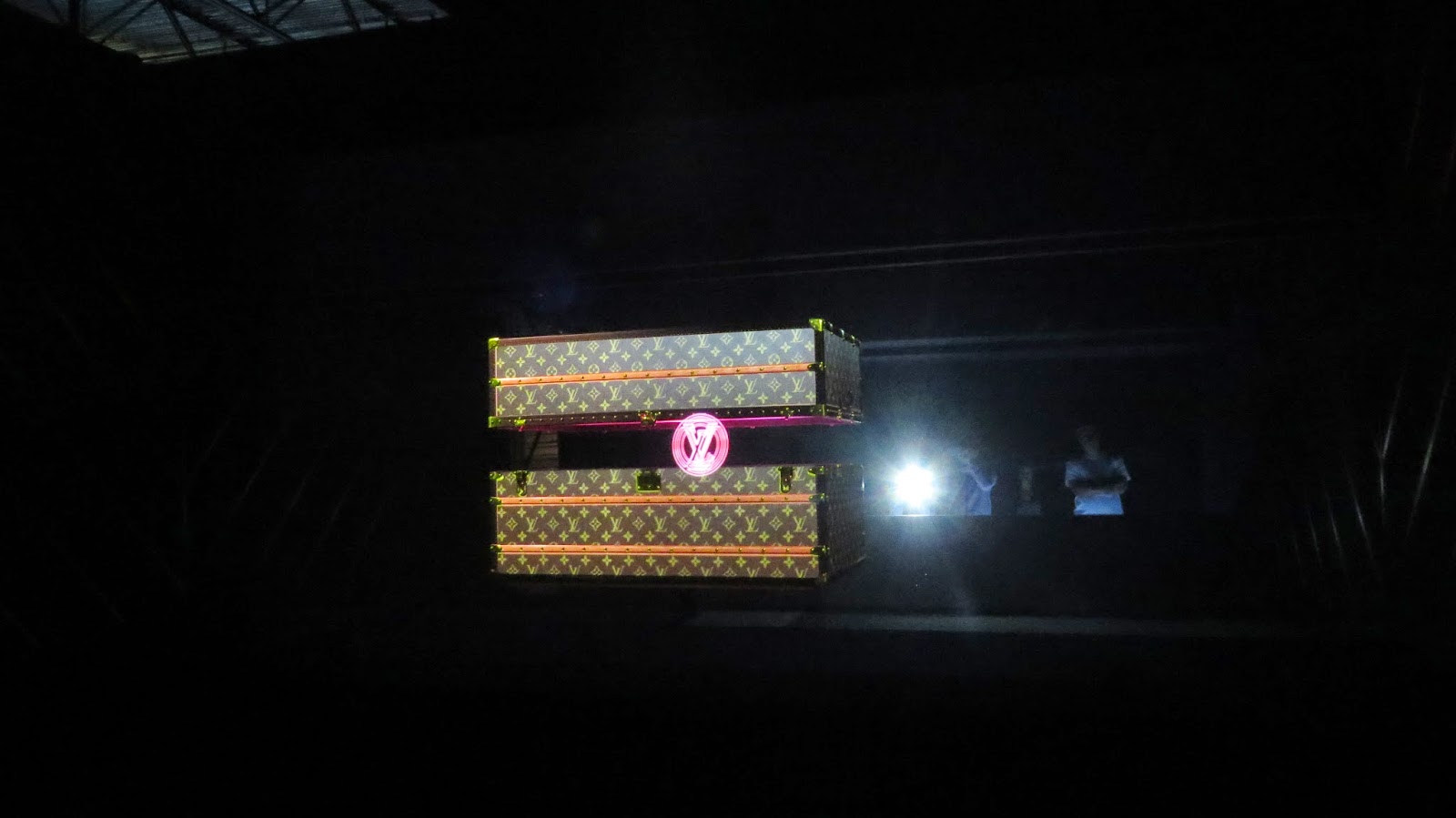 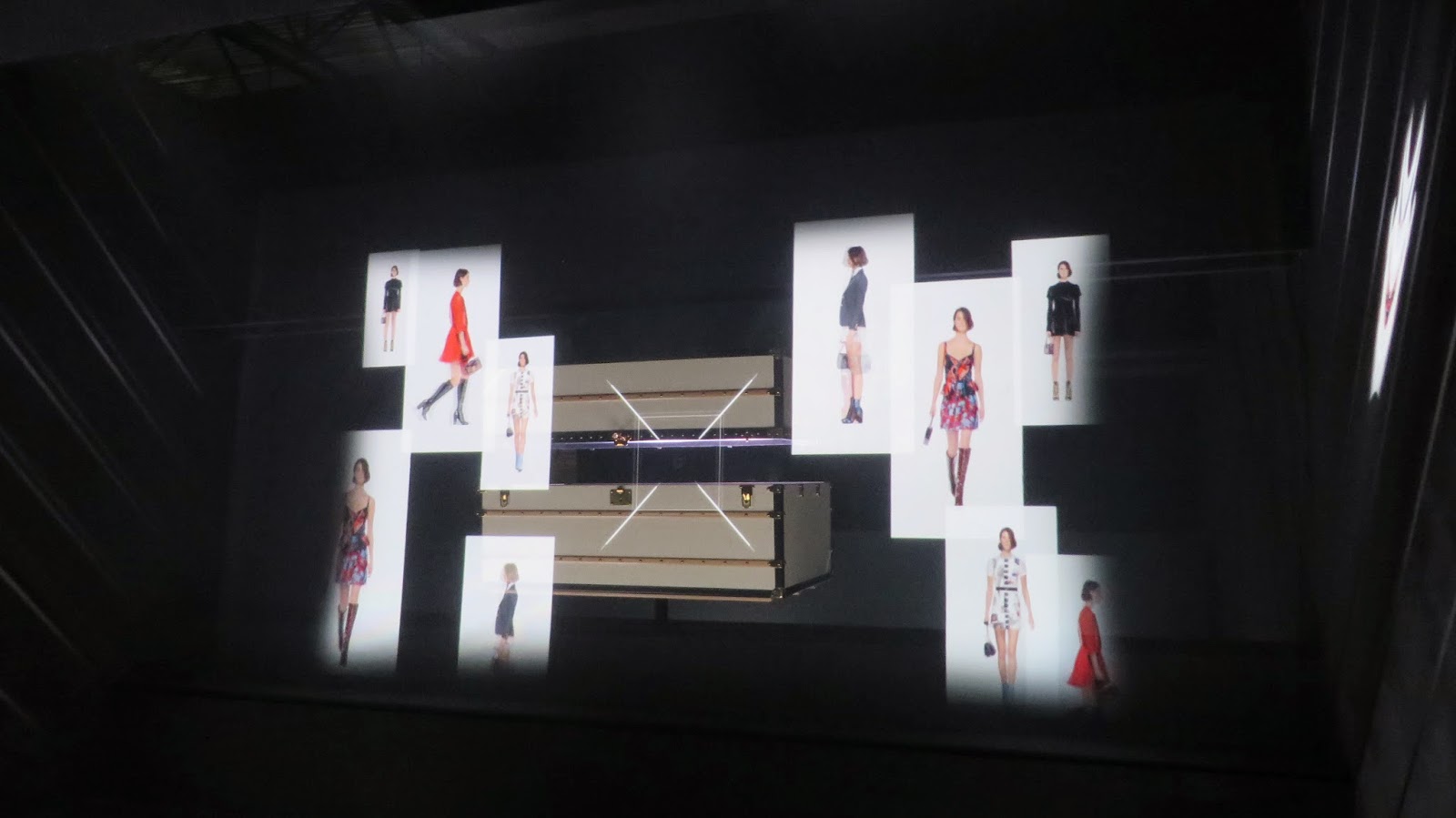 After being mesmerized by the dozens of Magic Trunk images

the next dark room was even more interesting... 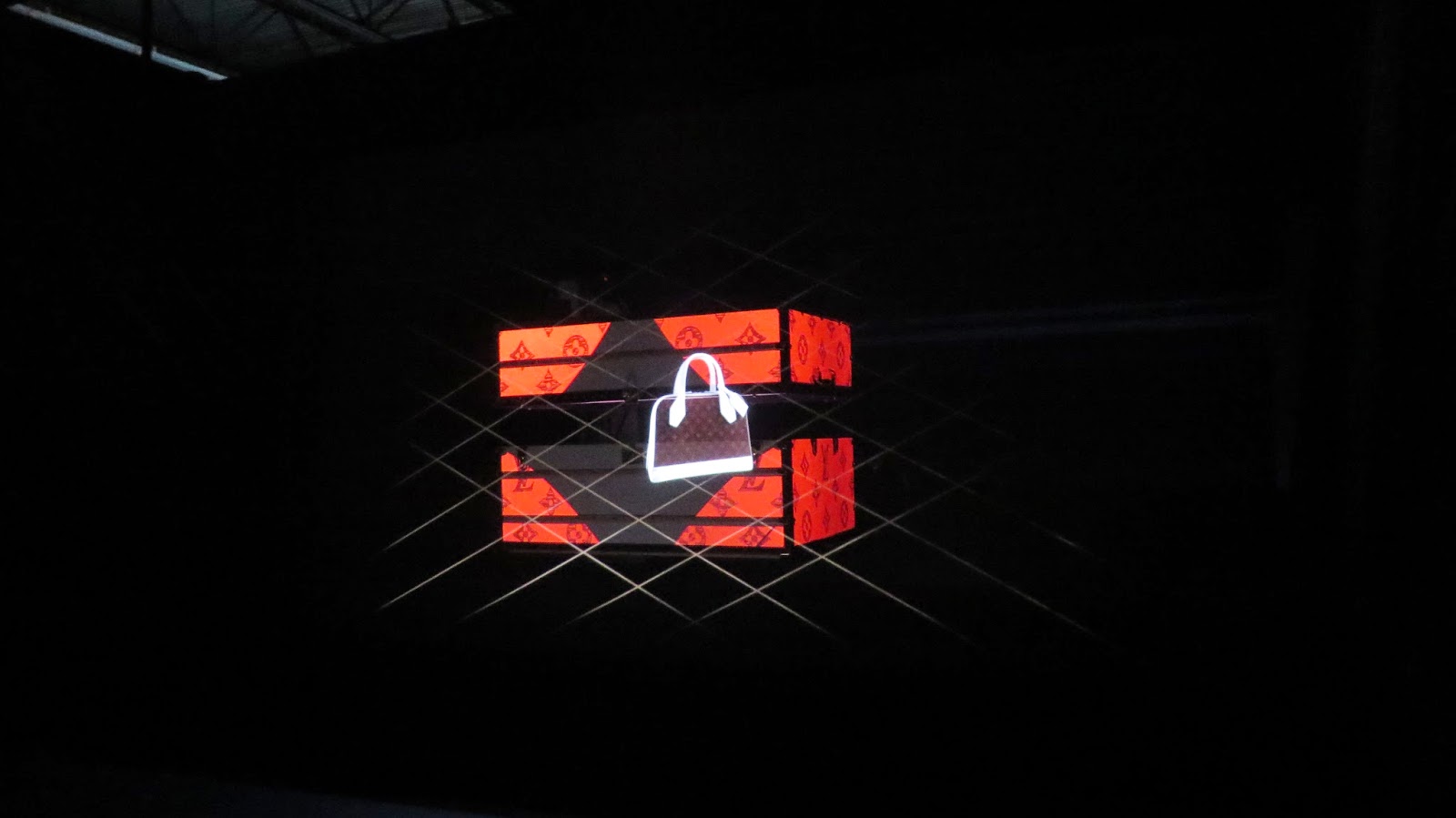 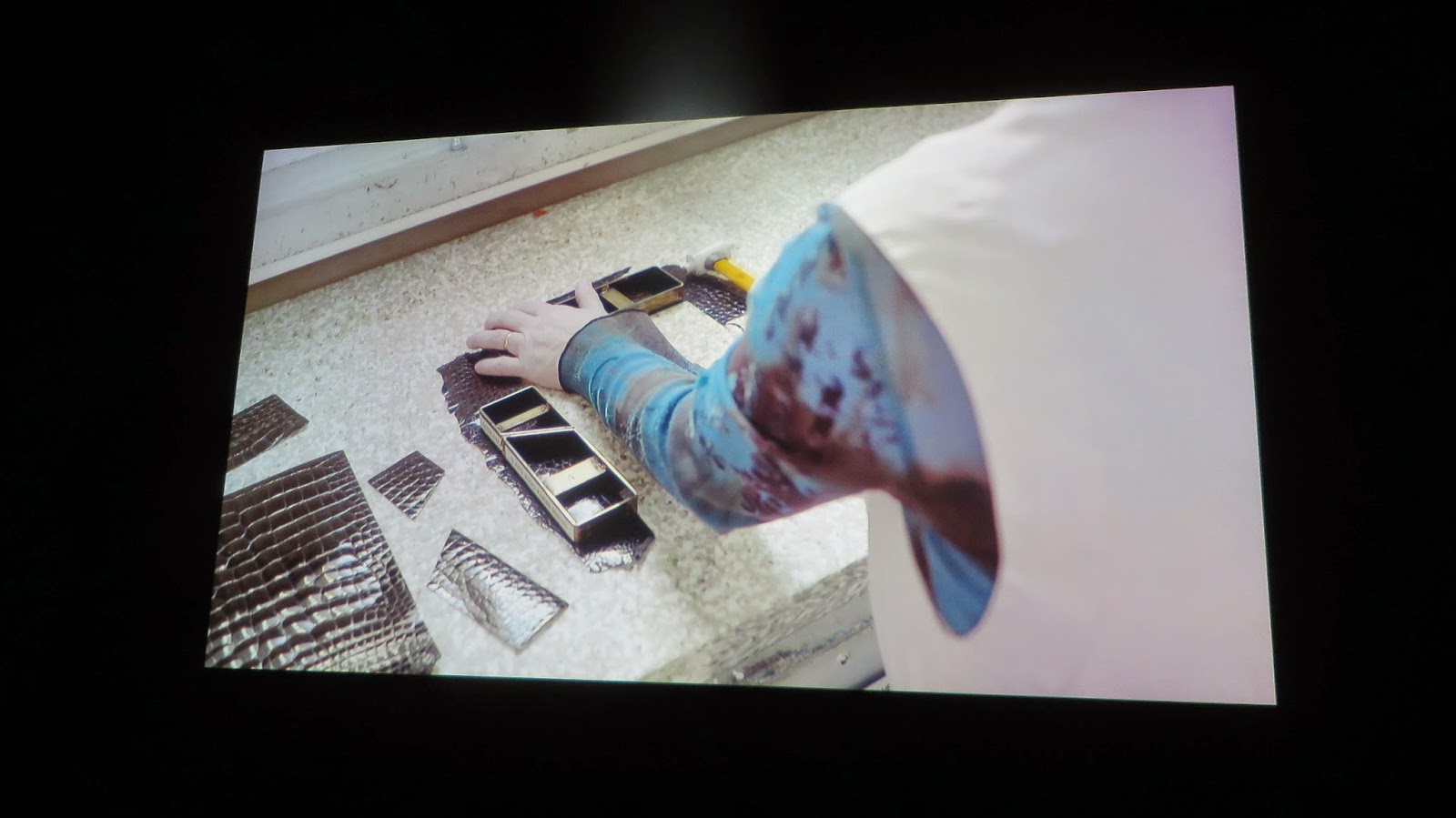 One of the screens was showing the hundreds of steps
to create a beautiful, 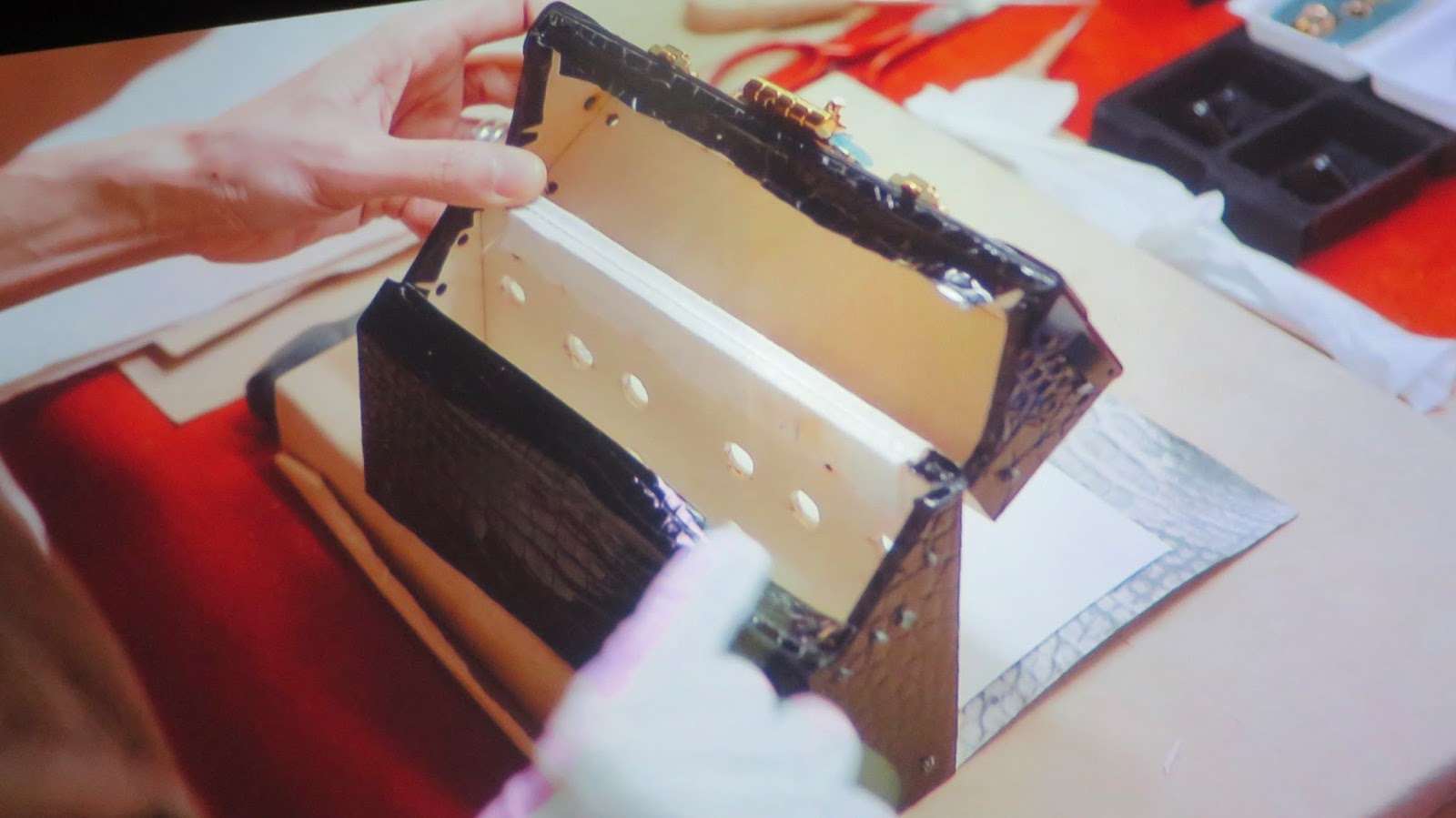 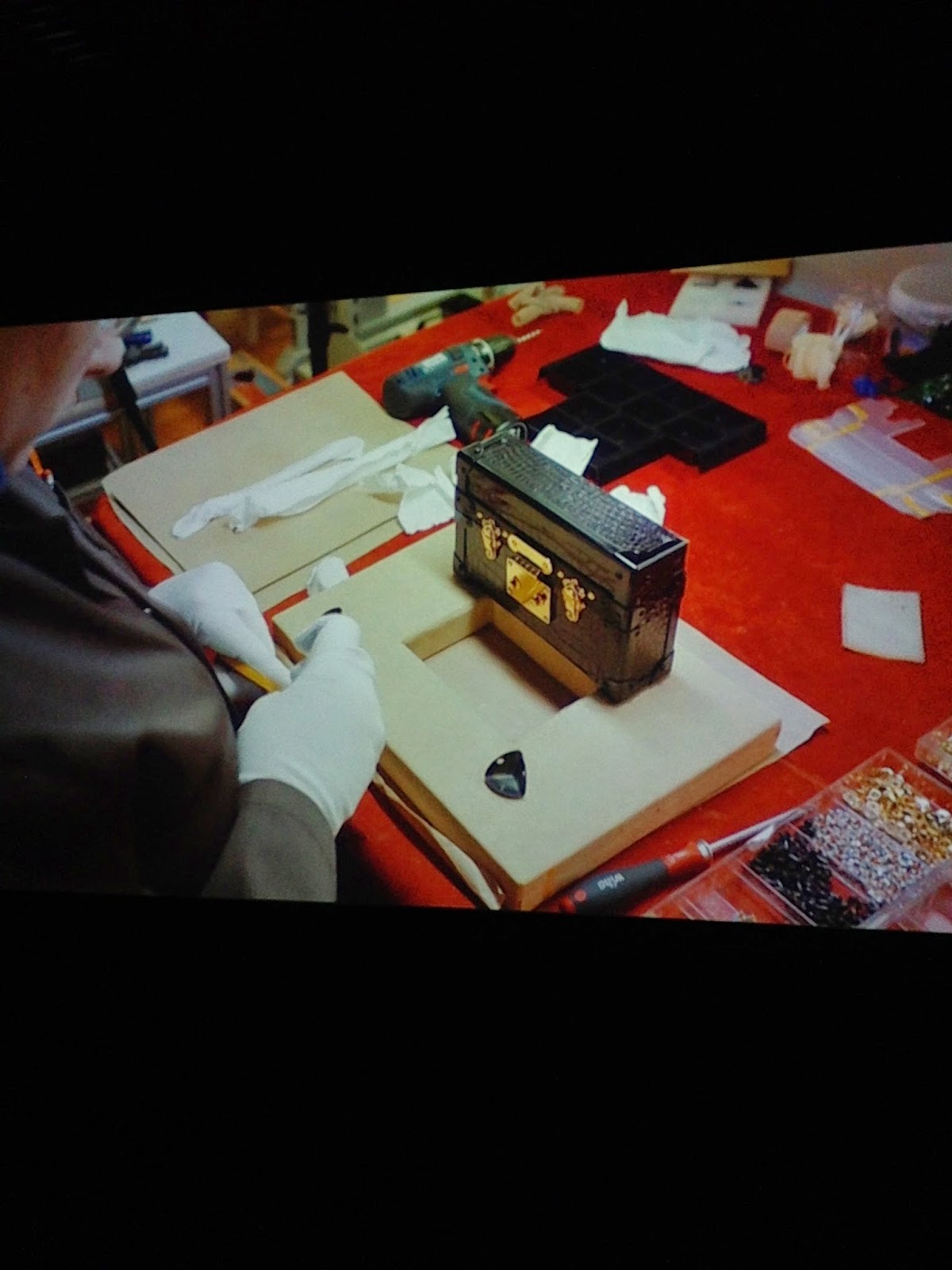 The precision and multi-layered steps to finish the vessel was mind boggling. 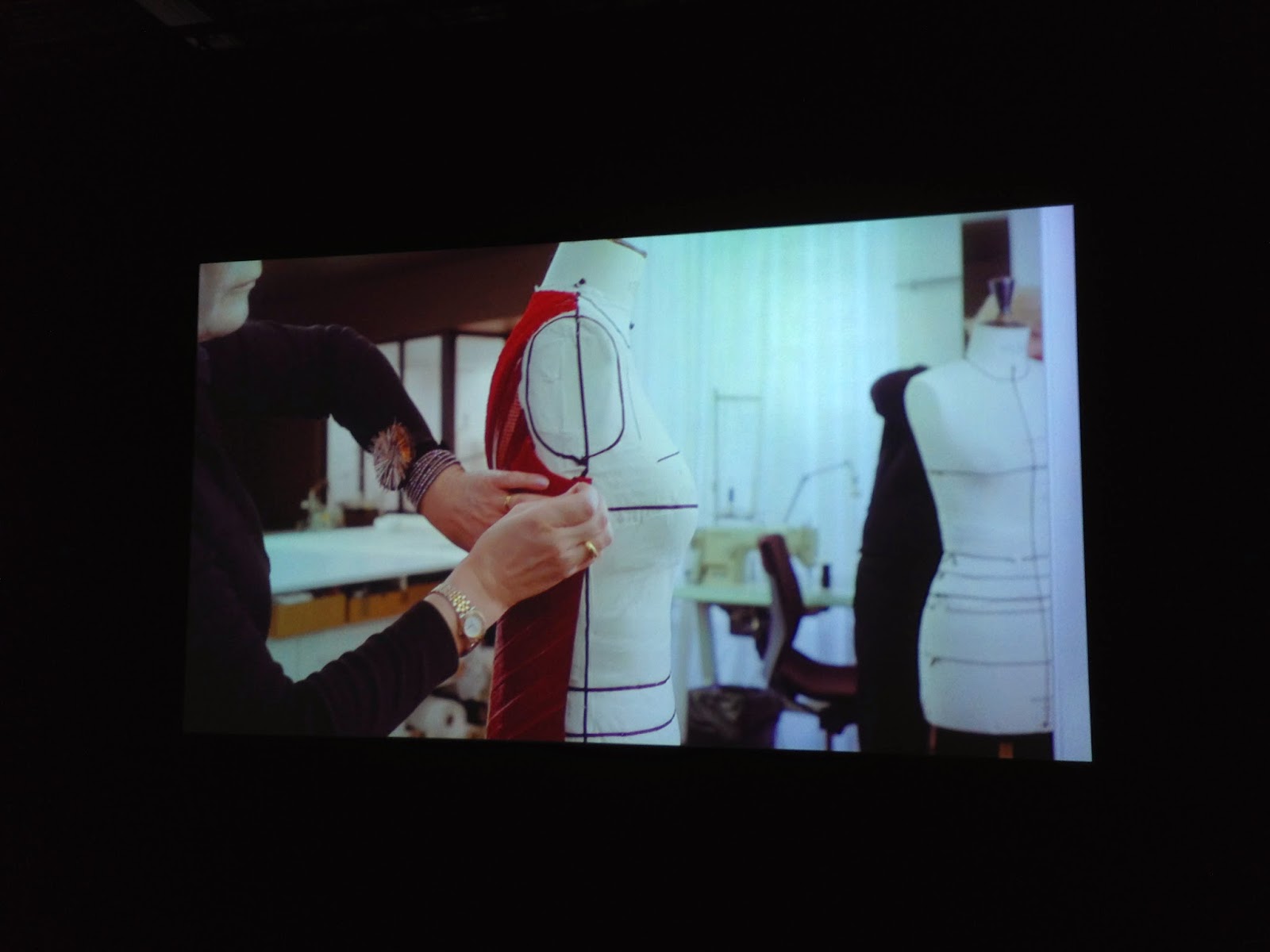 At the same time a gorgeous dress was being built on a dress form. 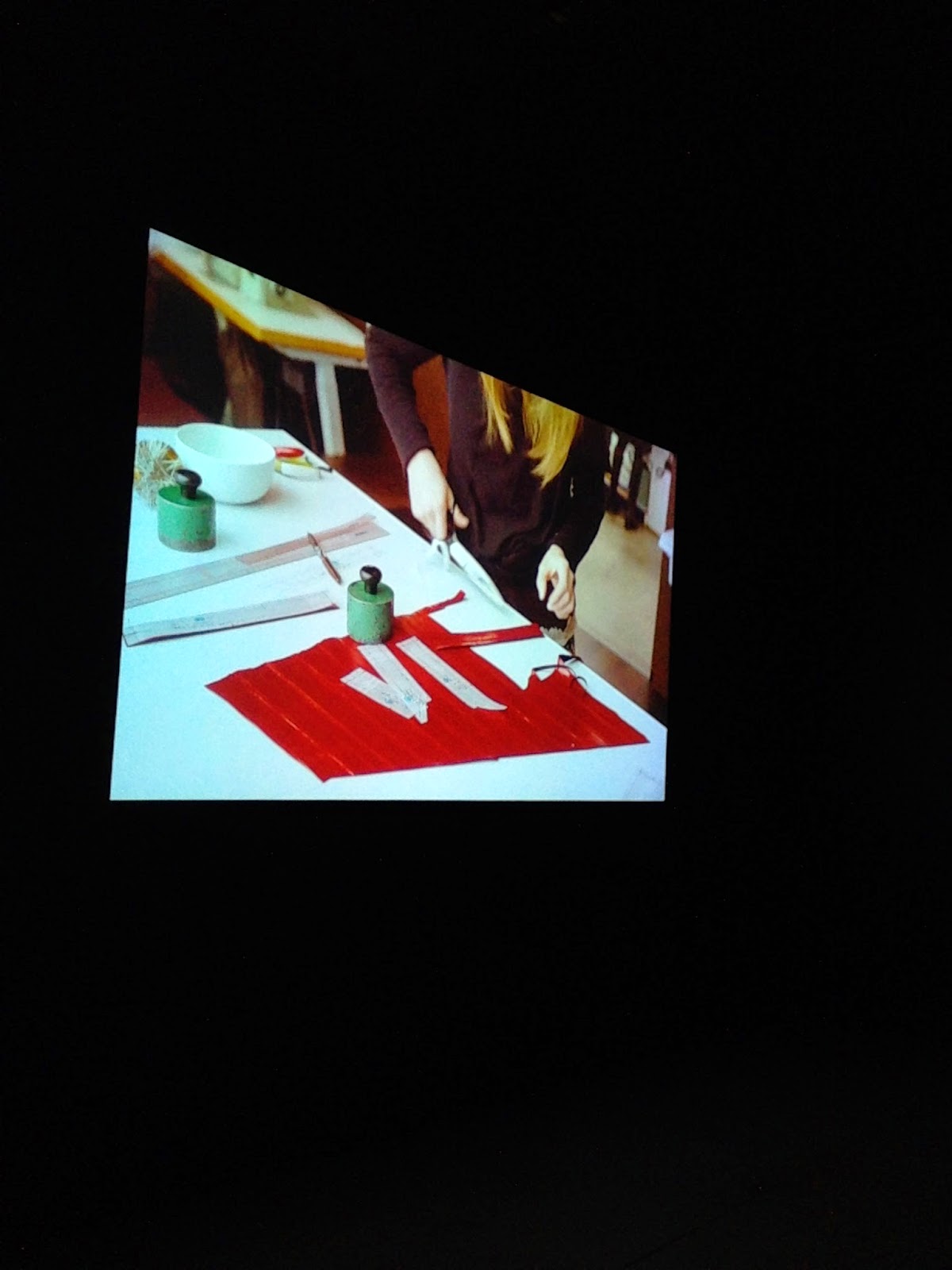 Each piece was carefully cut and sewn... 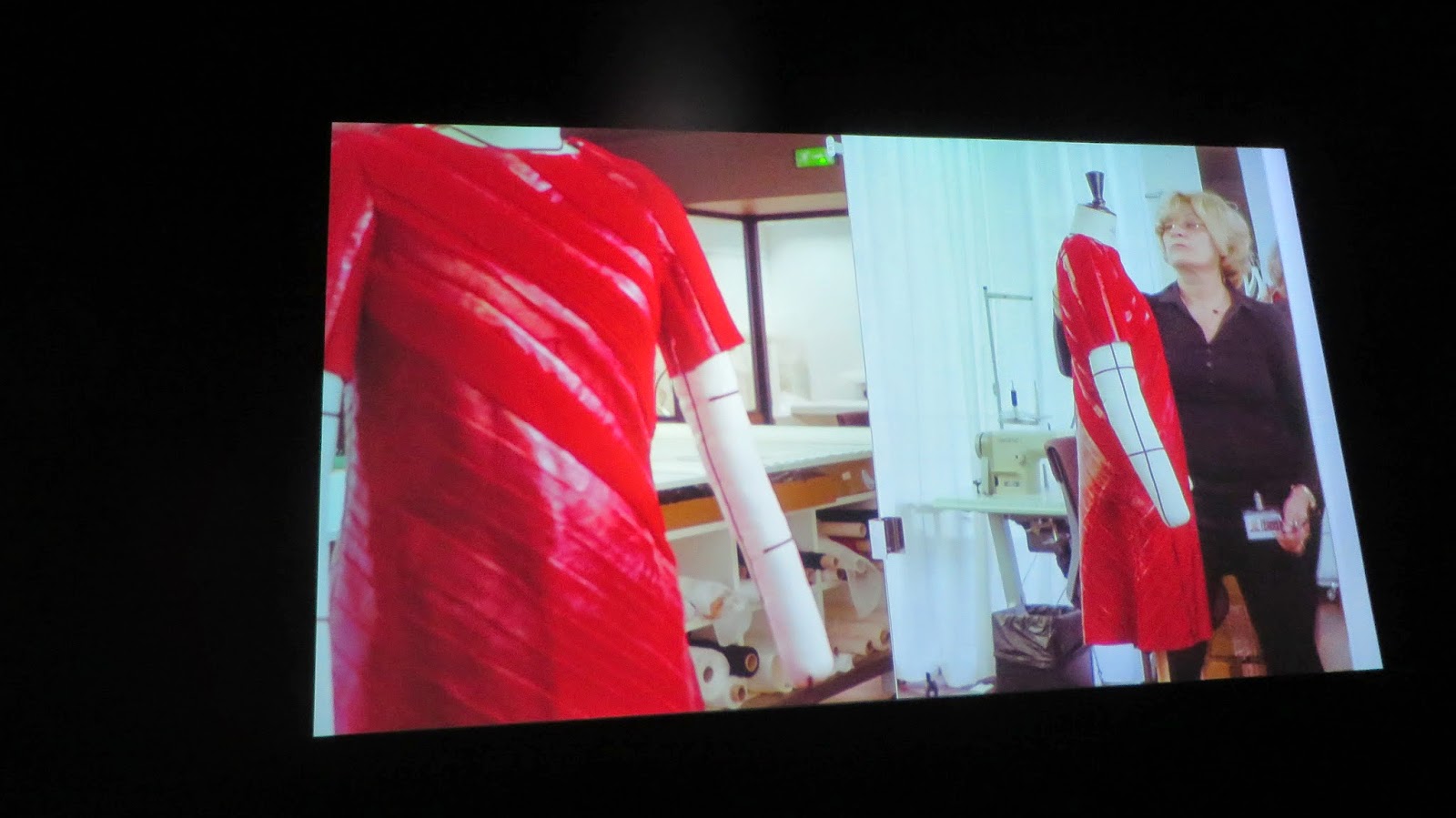 to construct a red dress that was unforgettable. 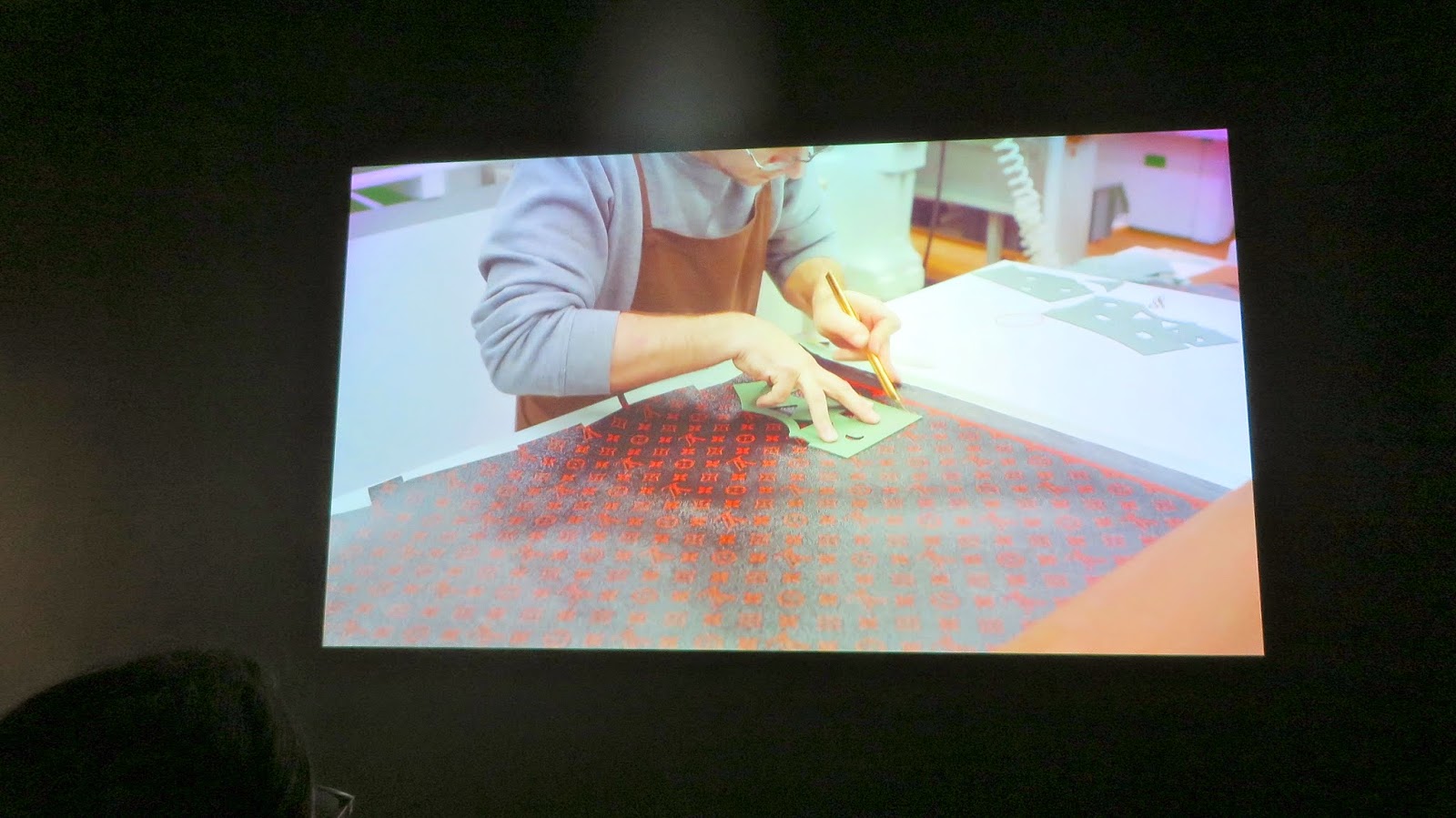 And the third film of the crafting of a " petite-malle " was a pair of booties
that any woman in the world would love to own. 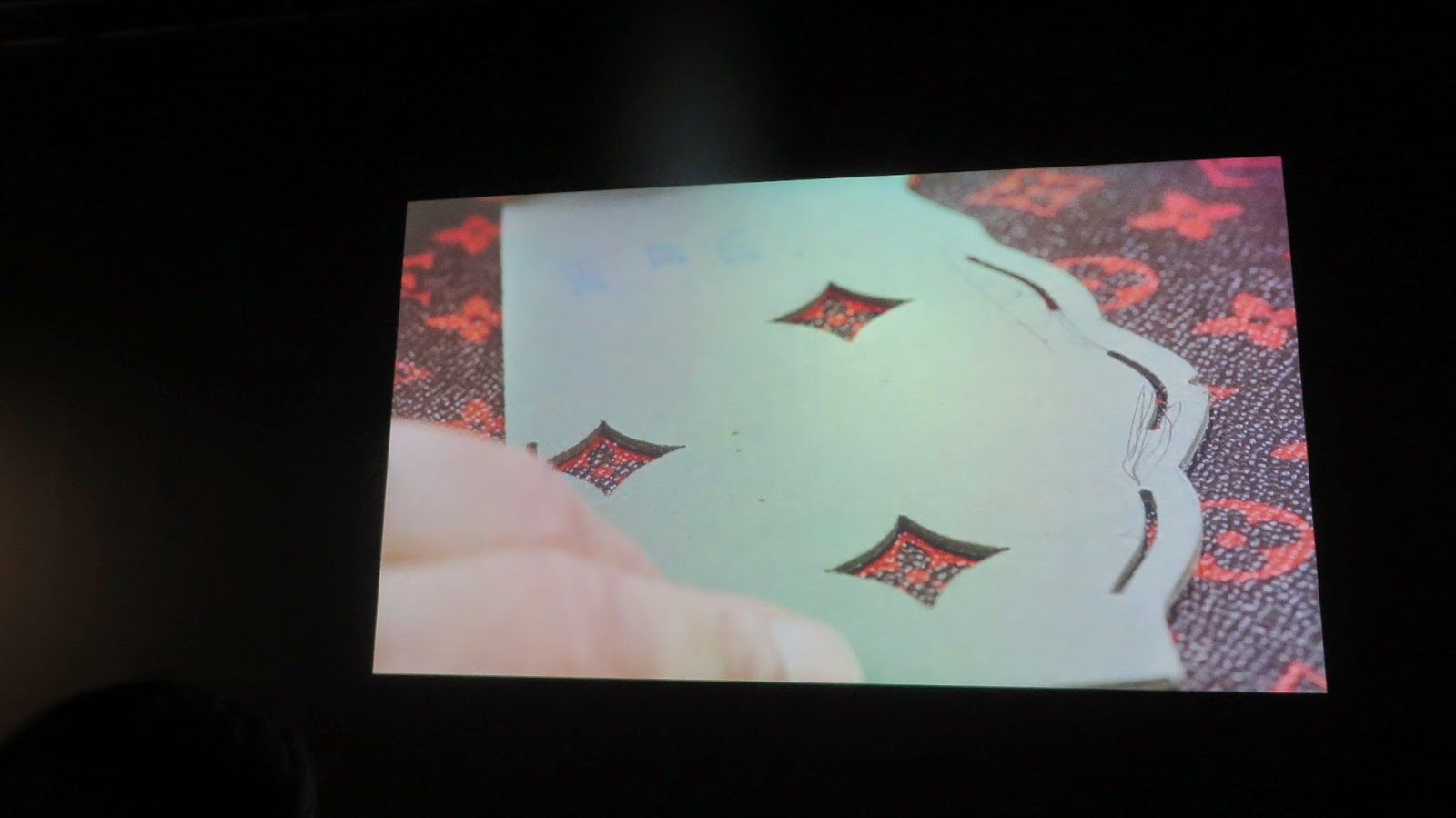 The precision and details in all the steps of completing each boot was unbelievable. 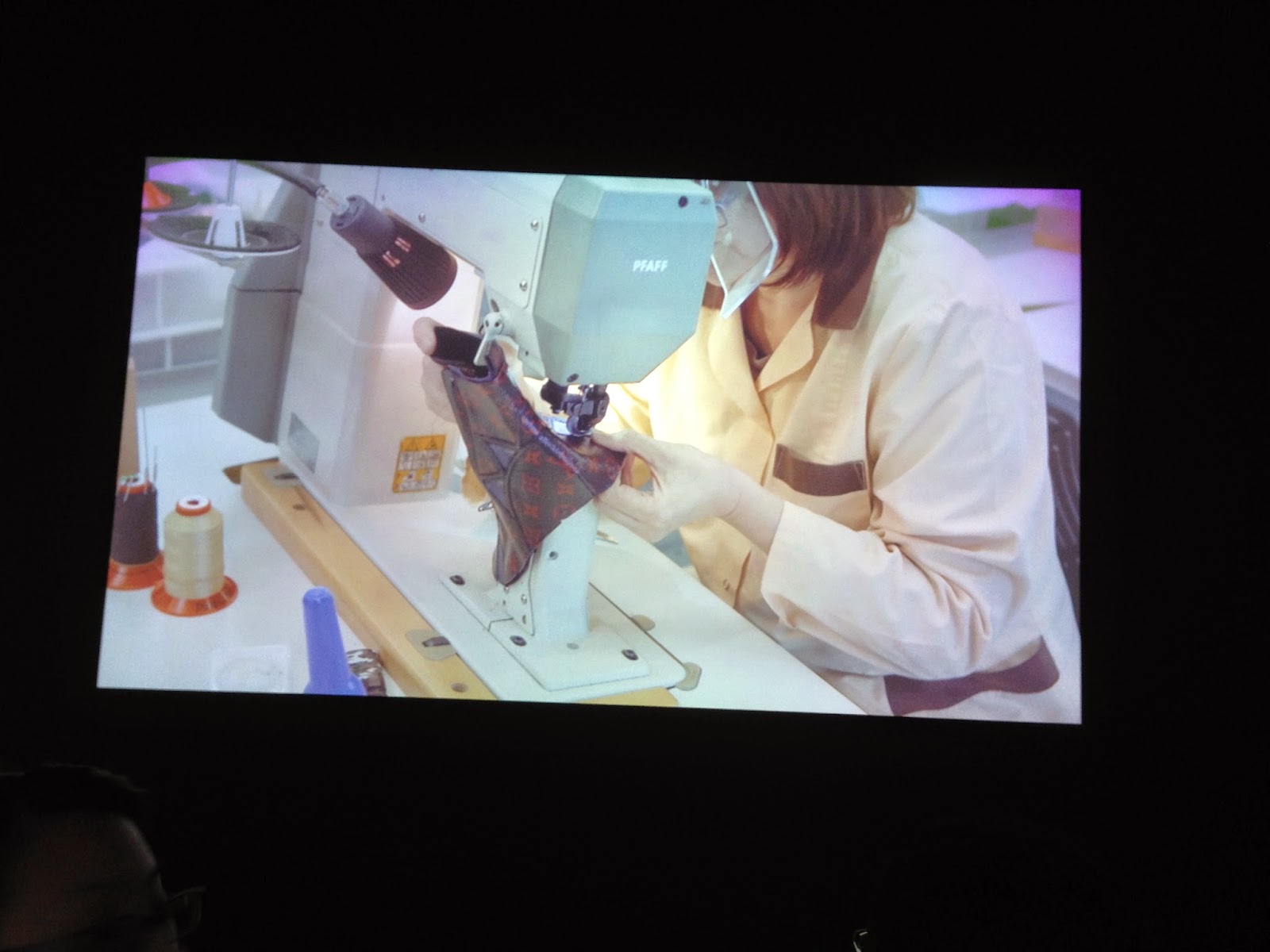 It was impossible to look away as the boots slowly took shape. 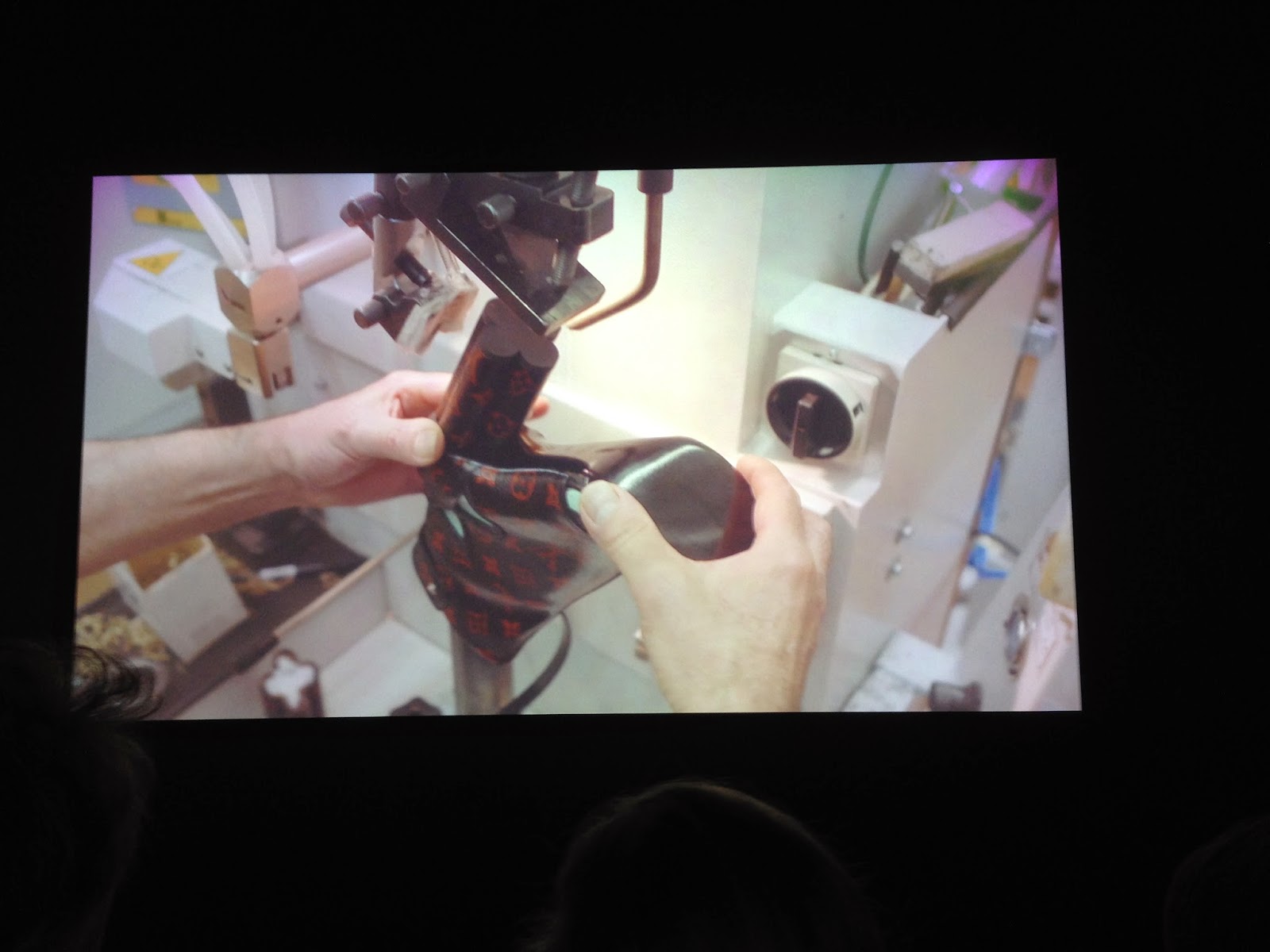 Of course a lot of specialty equipment was also used by the incredible artisans.
Who knew shoemaking could be so fascinating. 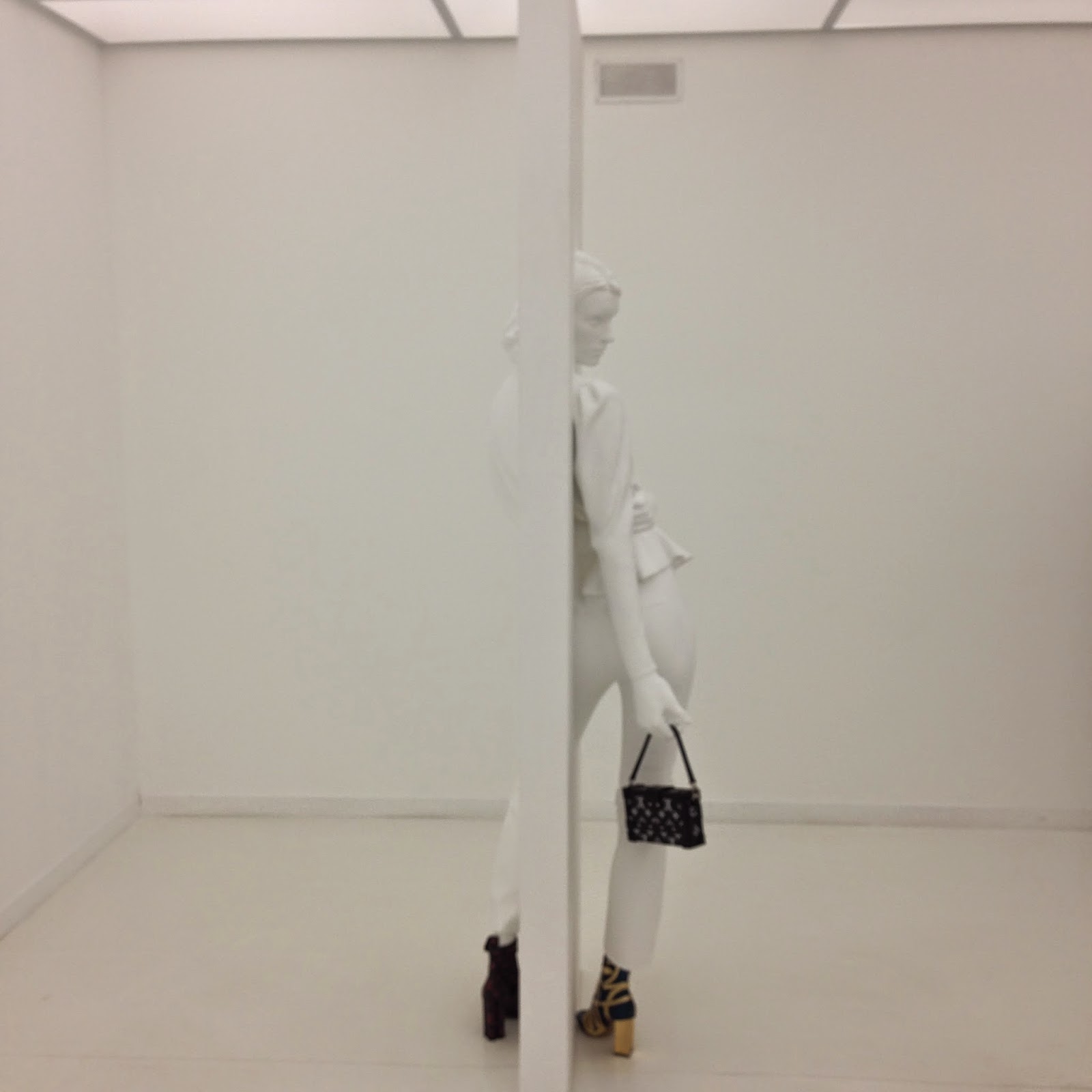 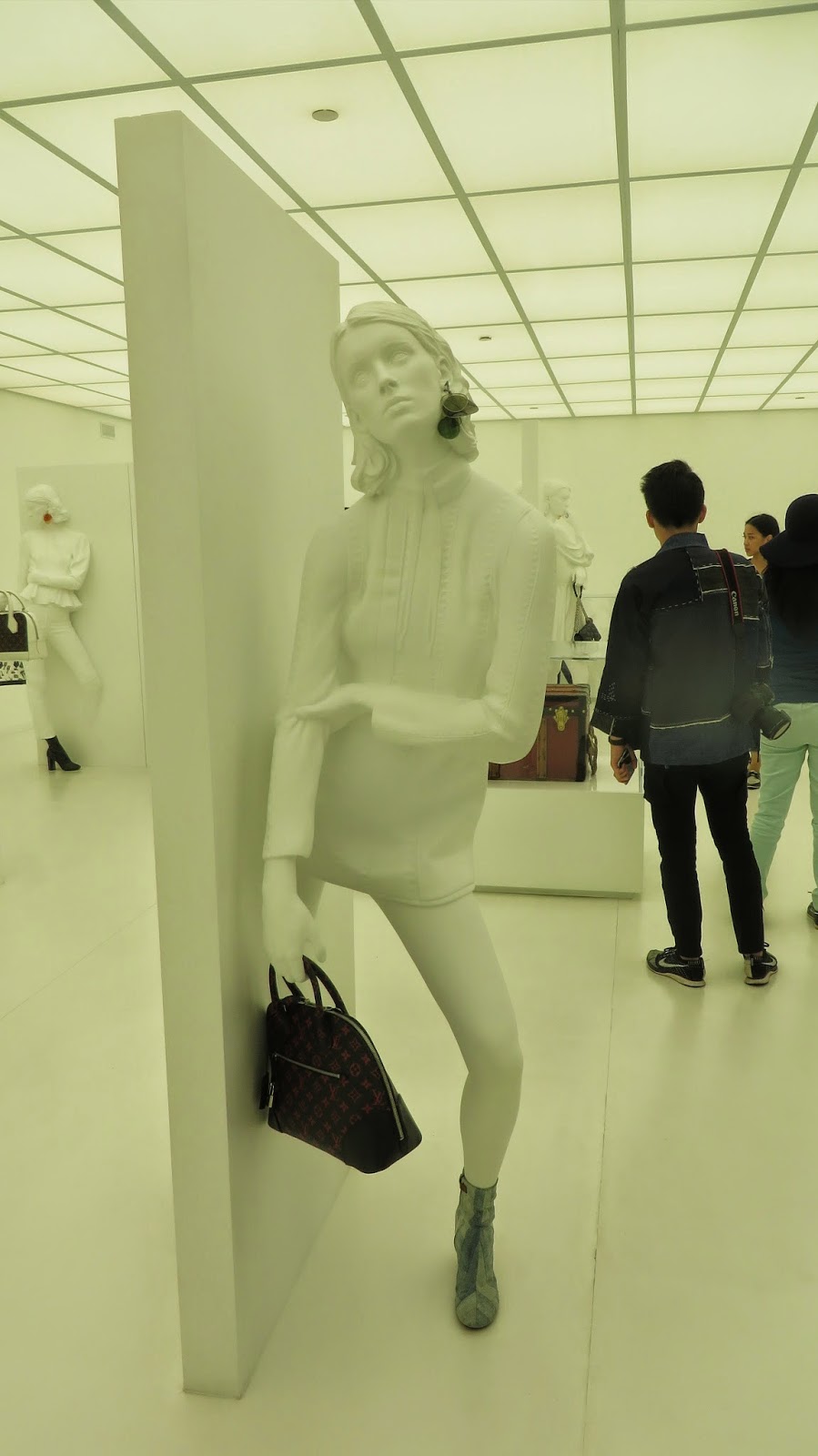 There were new designs and old designs. 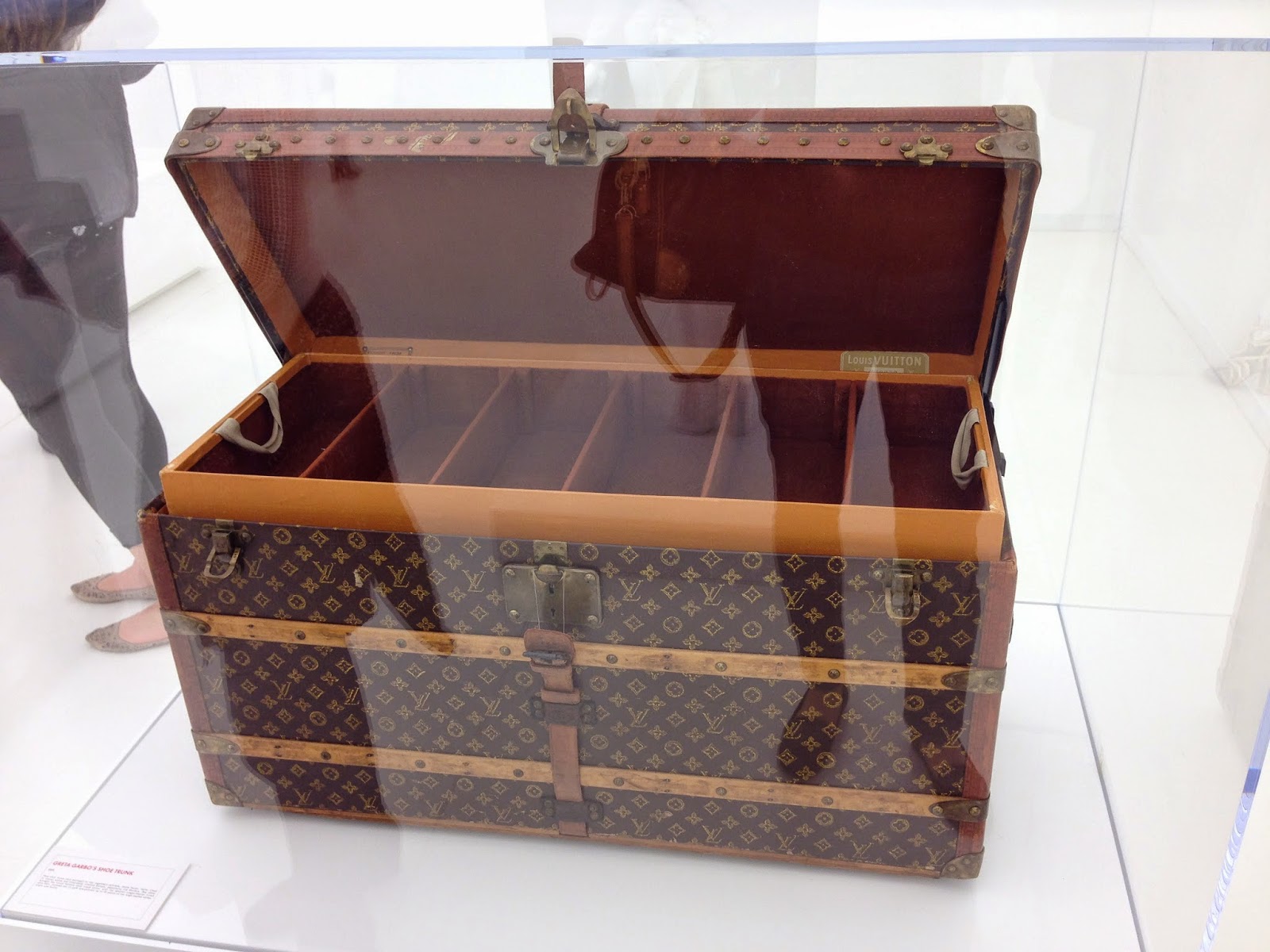 Amongst the old this 1926 shoe trunk was owned by Greta Garbo. 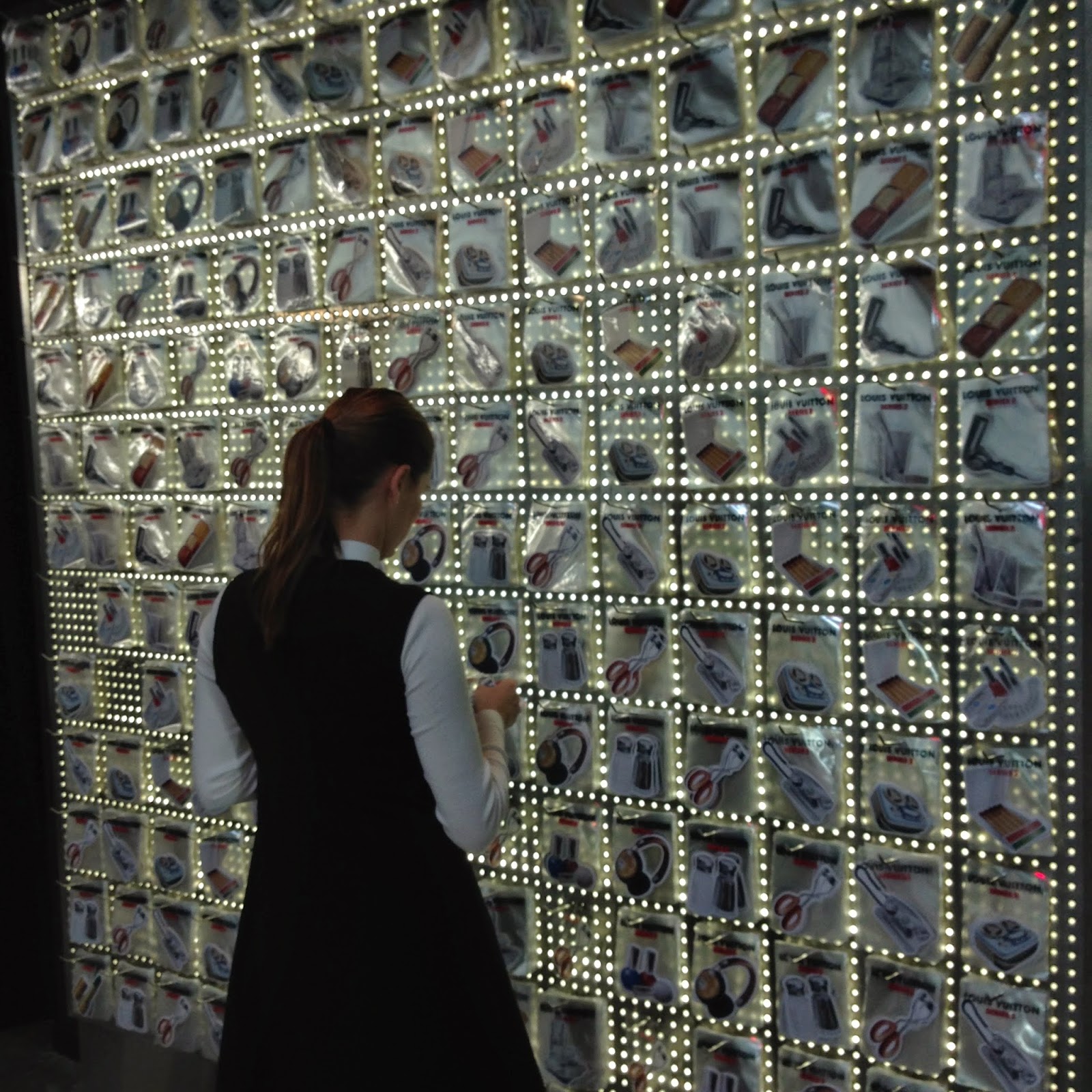 Next up were freebies and more freebies.
First was a large wall of stickers but, everyone was limited to only two.

These are the two I FINALLY selected.
Now I have to decide where to stick them :) 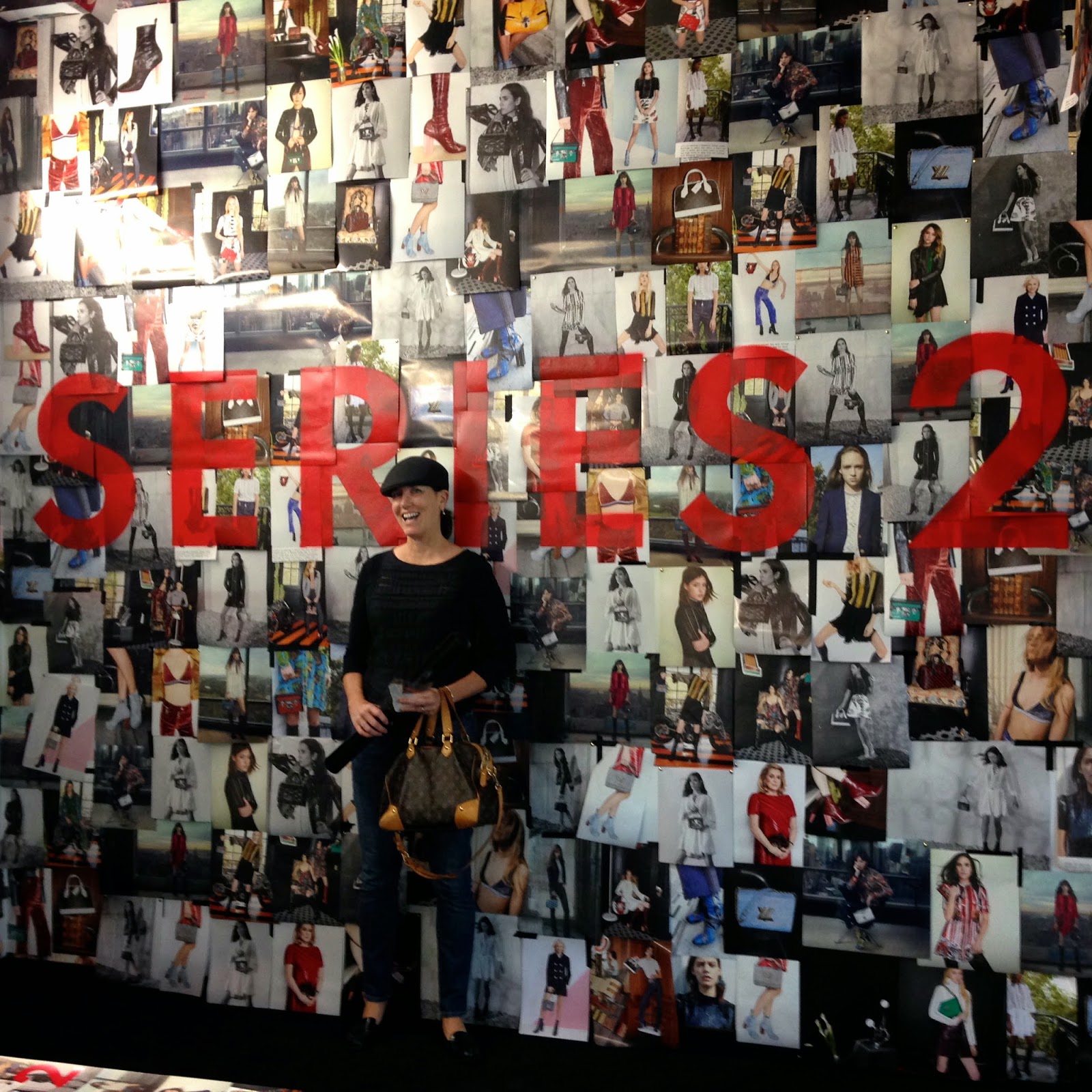 Then a large room covered with images.
Just like every budding designers studio. 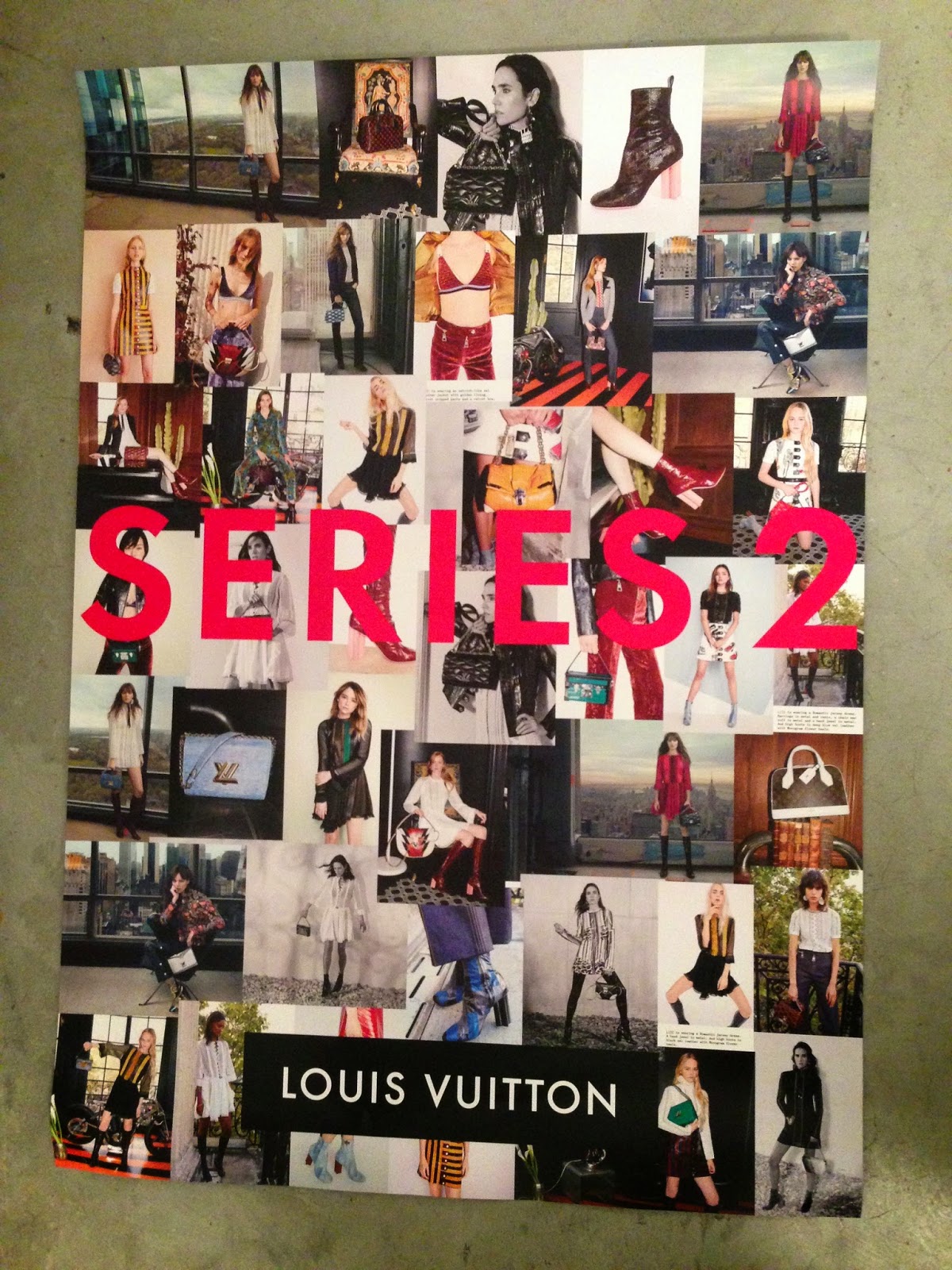 And then you were gifted with a cool poster ! 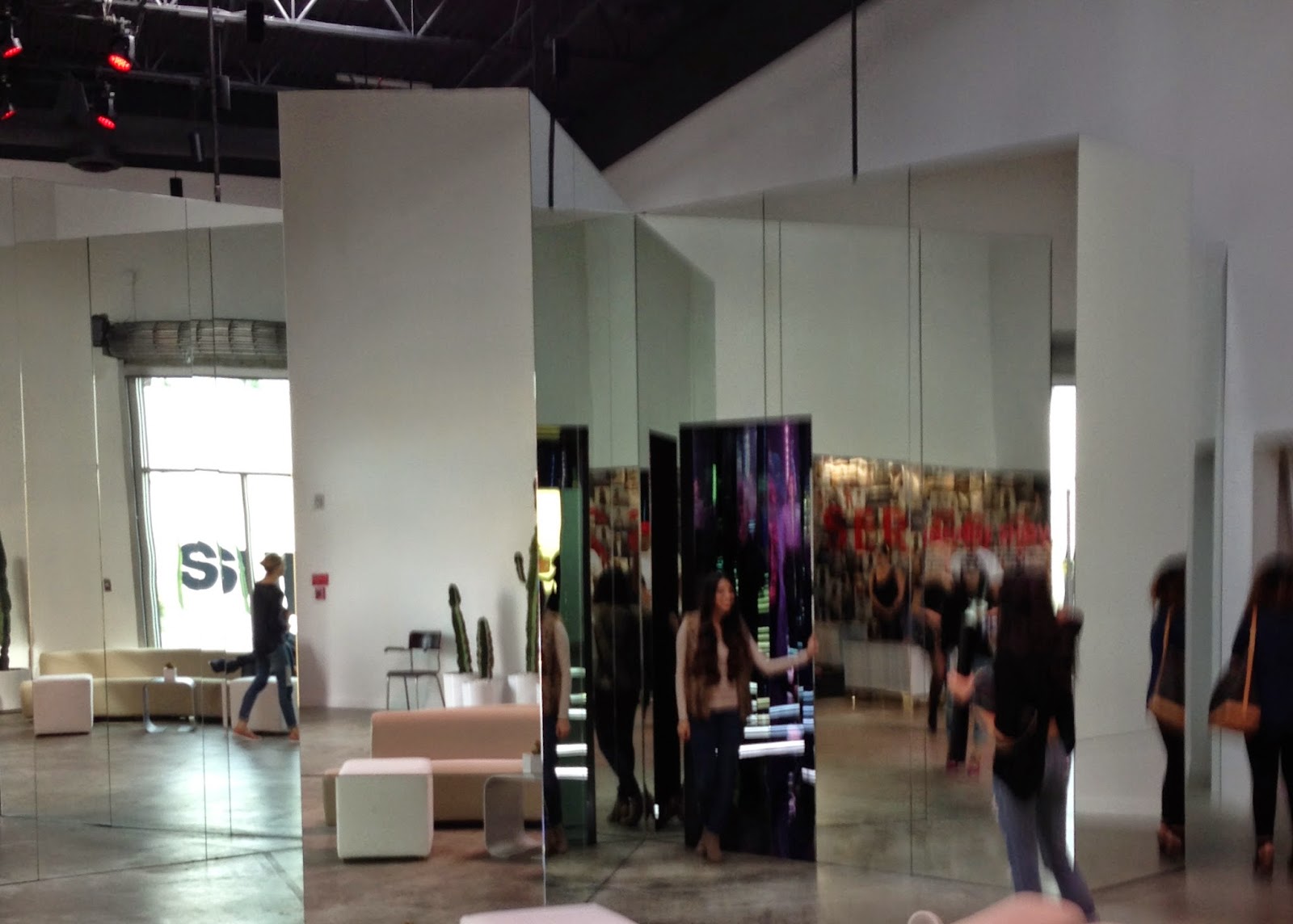 In a very large open area there was what appeared to be a collection of
fun house mirrors but, with a door leading to... 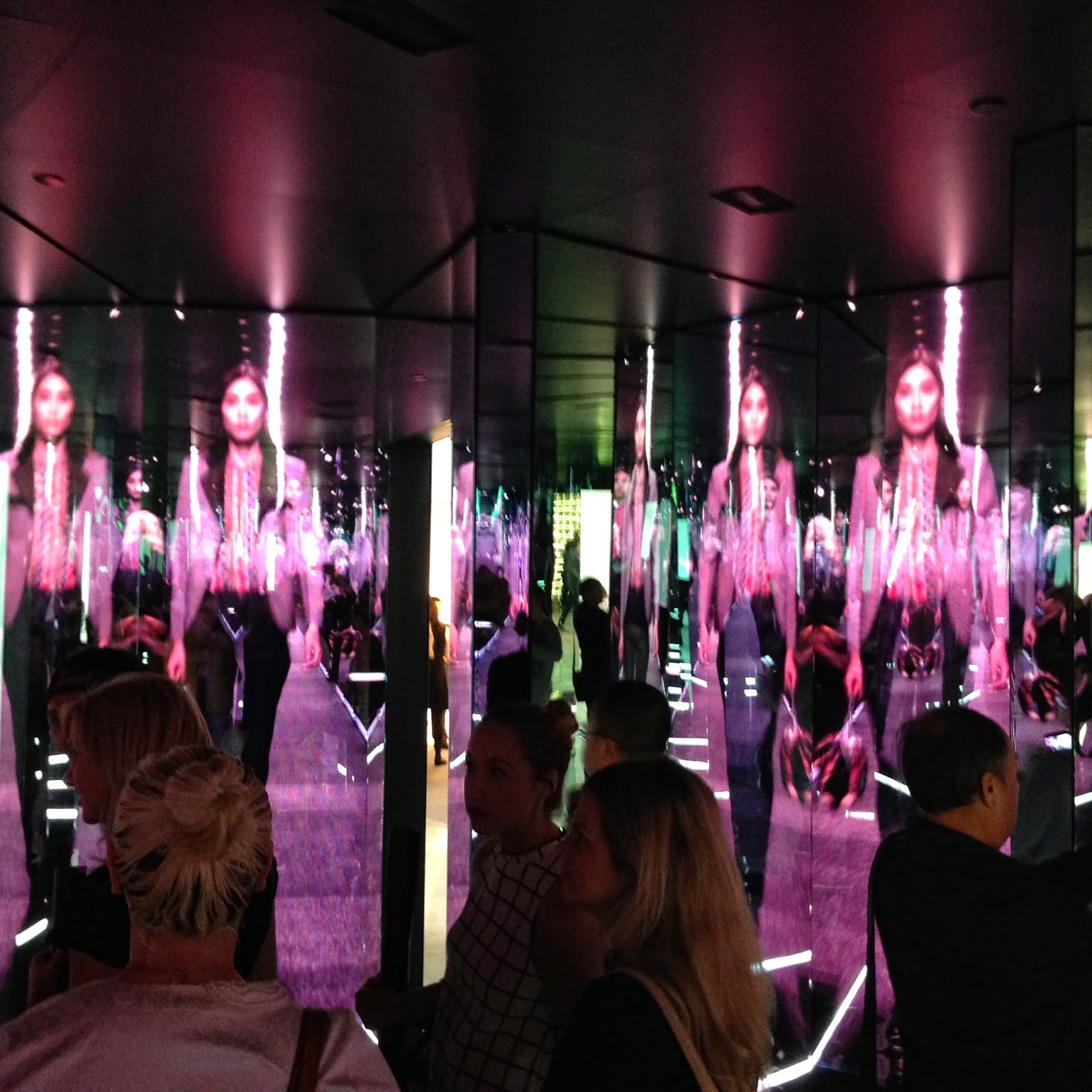 a mirrored interior that was exactly like being inside a kaleidoscope!
AND oversized projections of the entire
Louis Vuitton Spring/Summer fashion show from Paris. 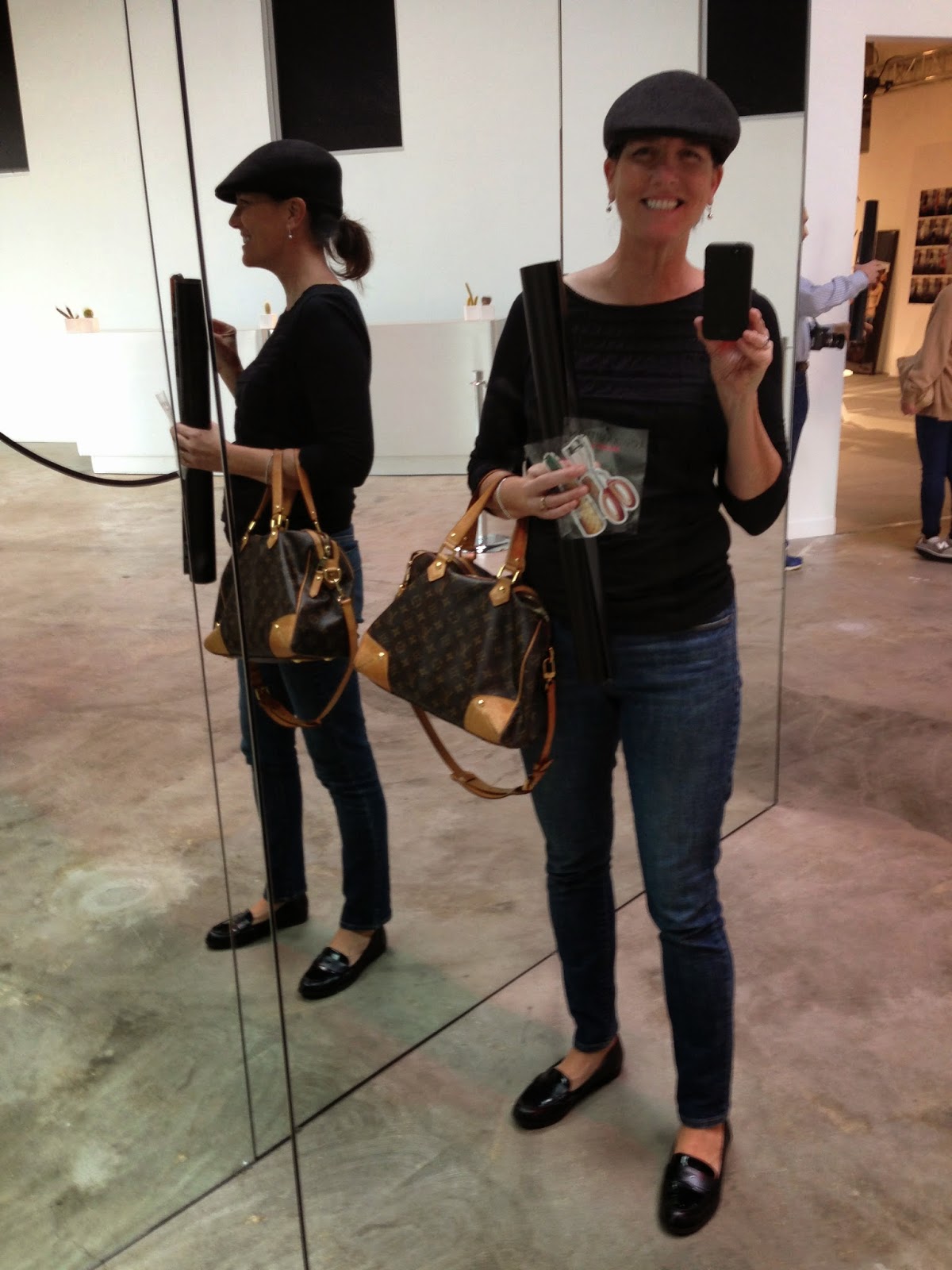 Of course, you also could see yourself in multiple reflections,
like it or not. LOL 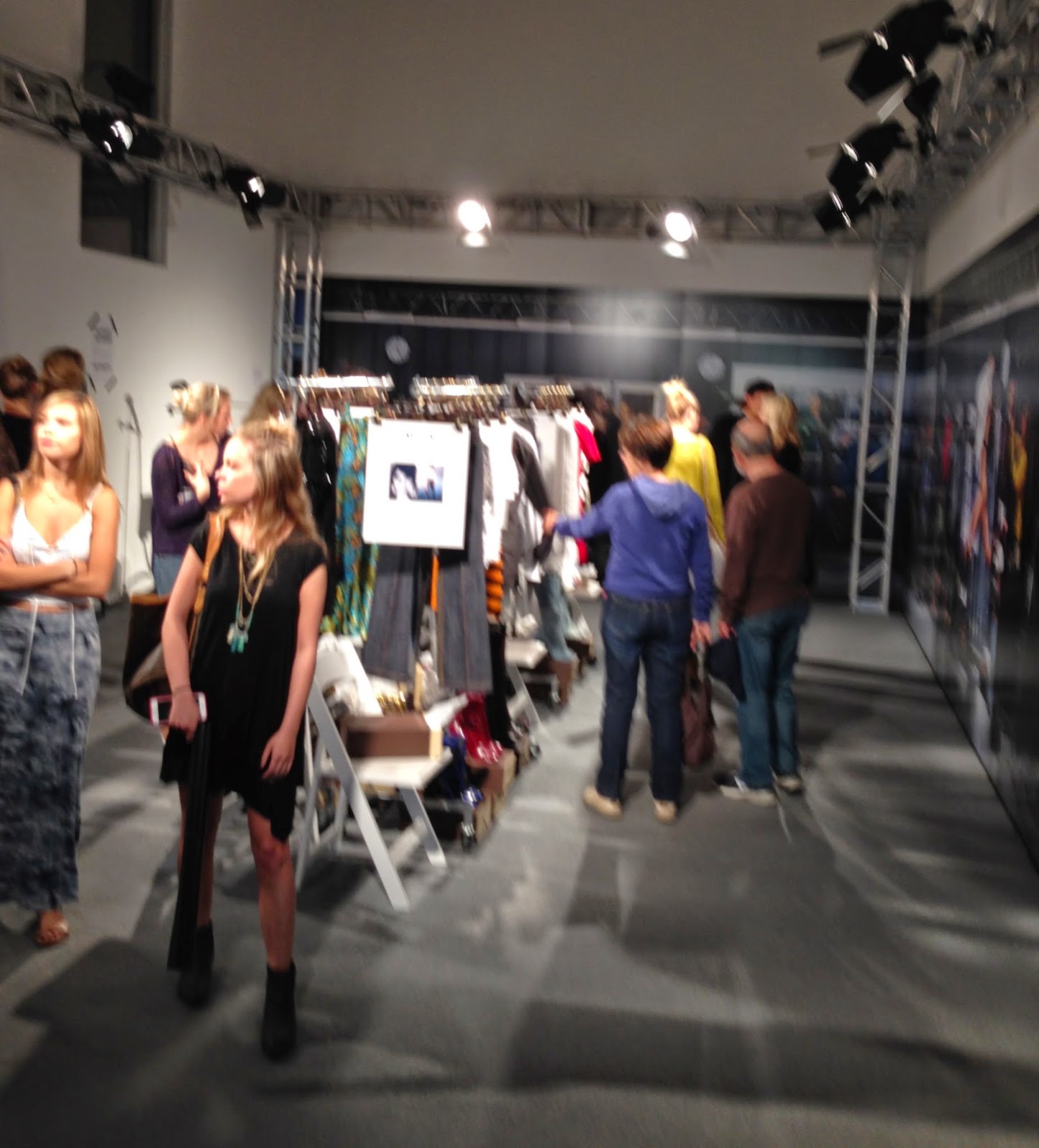 And last but, certainly not least was the the Backroom room.
There were the actual clothes, shoes and accessories! 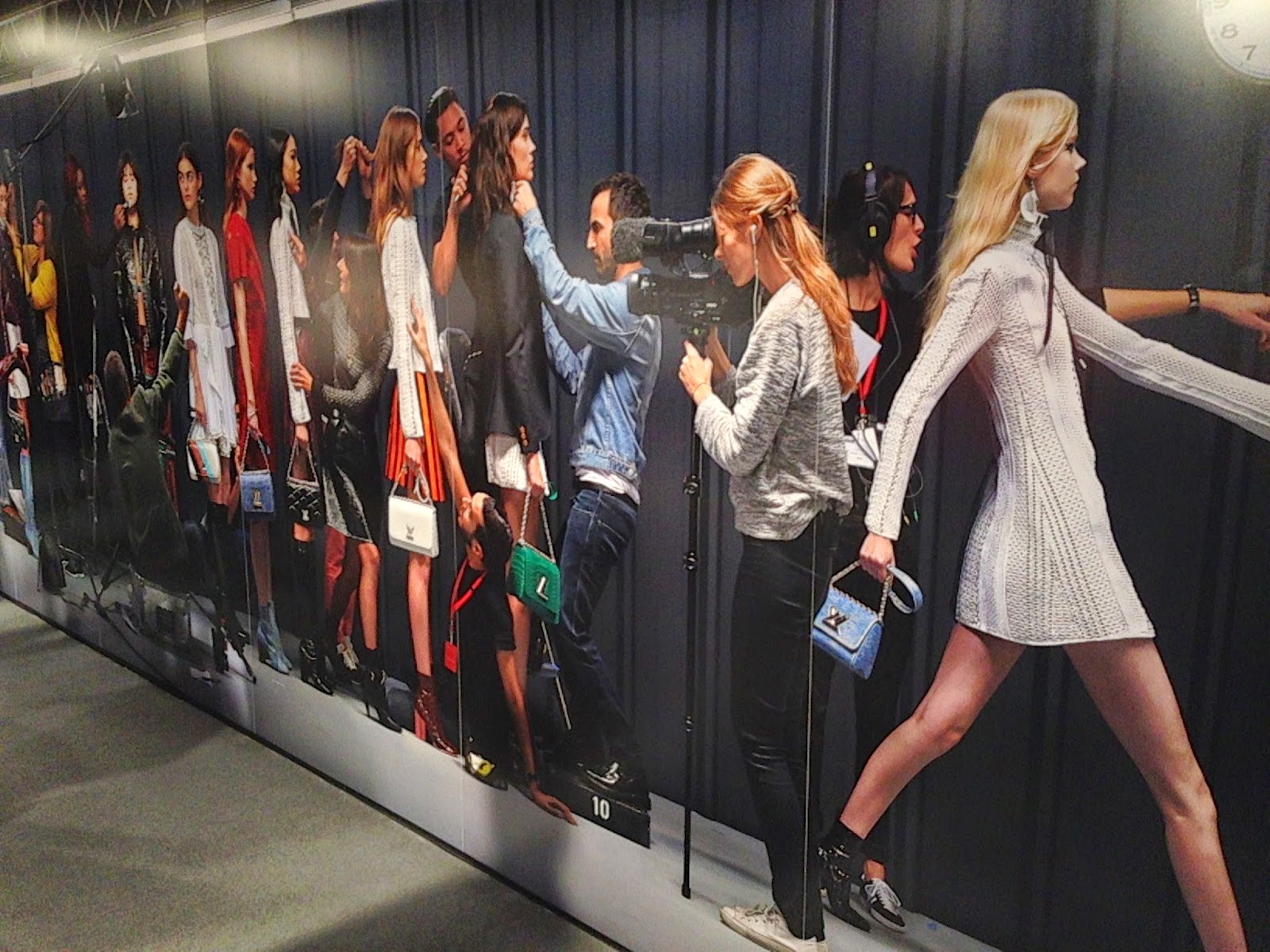 There was a real sense of the frenzy and planned chaos of a runway show. 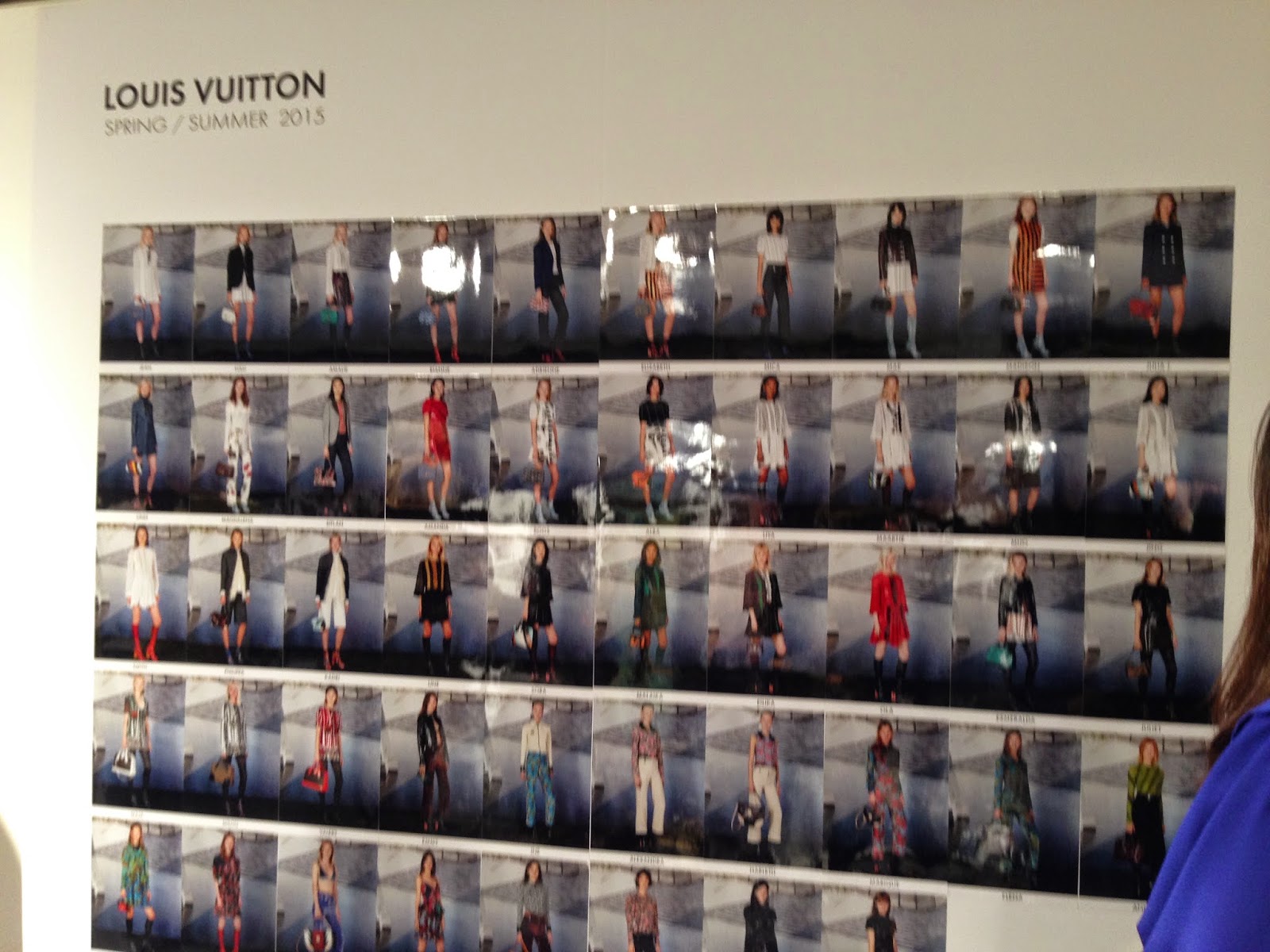 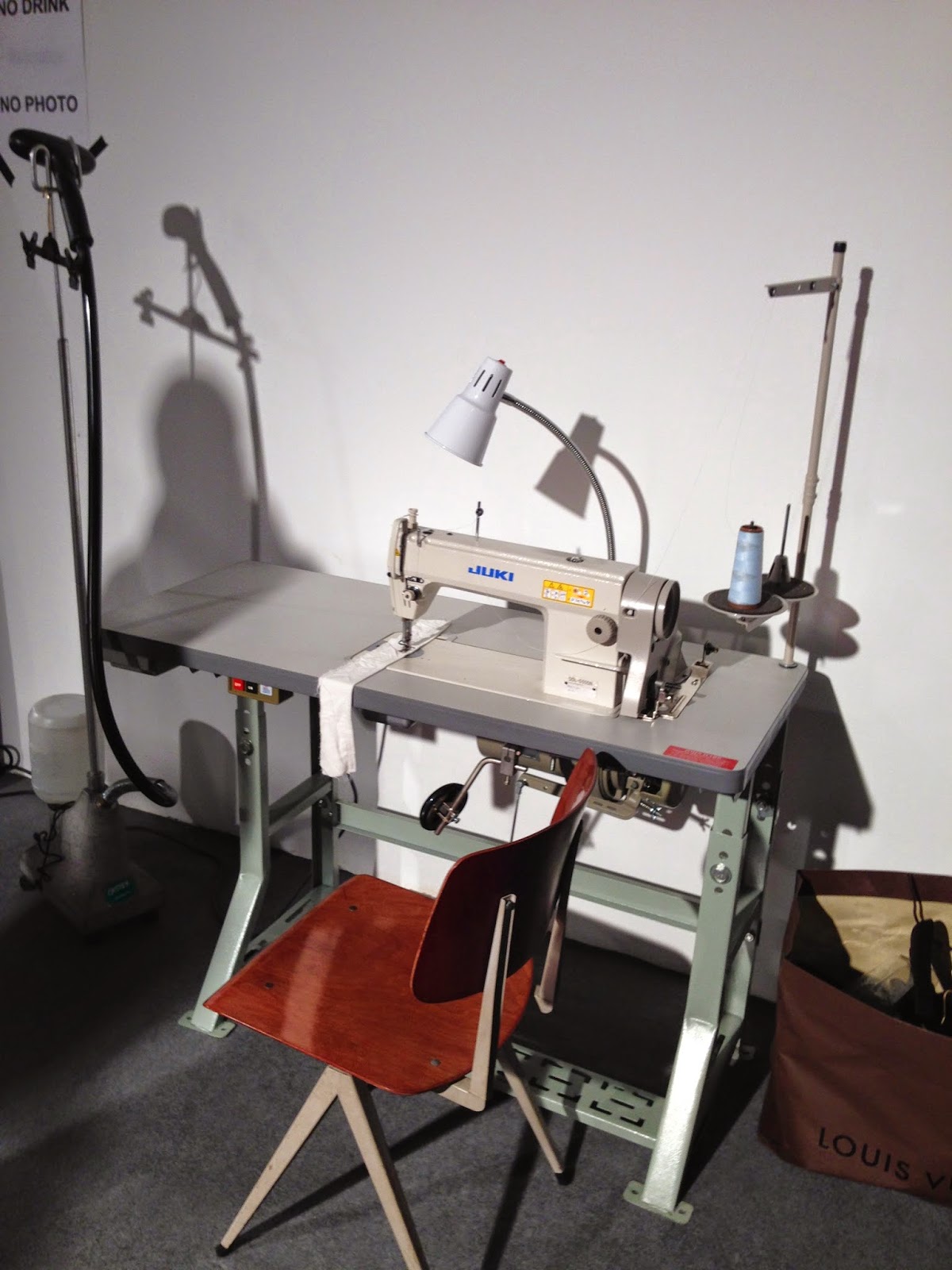 And a glimpse at the reality of hard work behind all the glamour and fantasy of fashion!

There was no Louis Vuitton for sale at this event:(
instead it was like being inside a huge, crazy ad campaign
that just went on and on and on.

And I absolutely LOVED every minute!