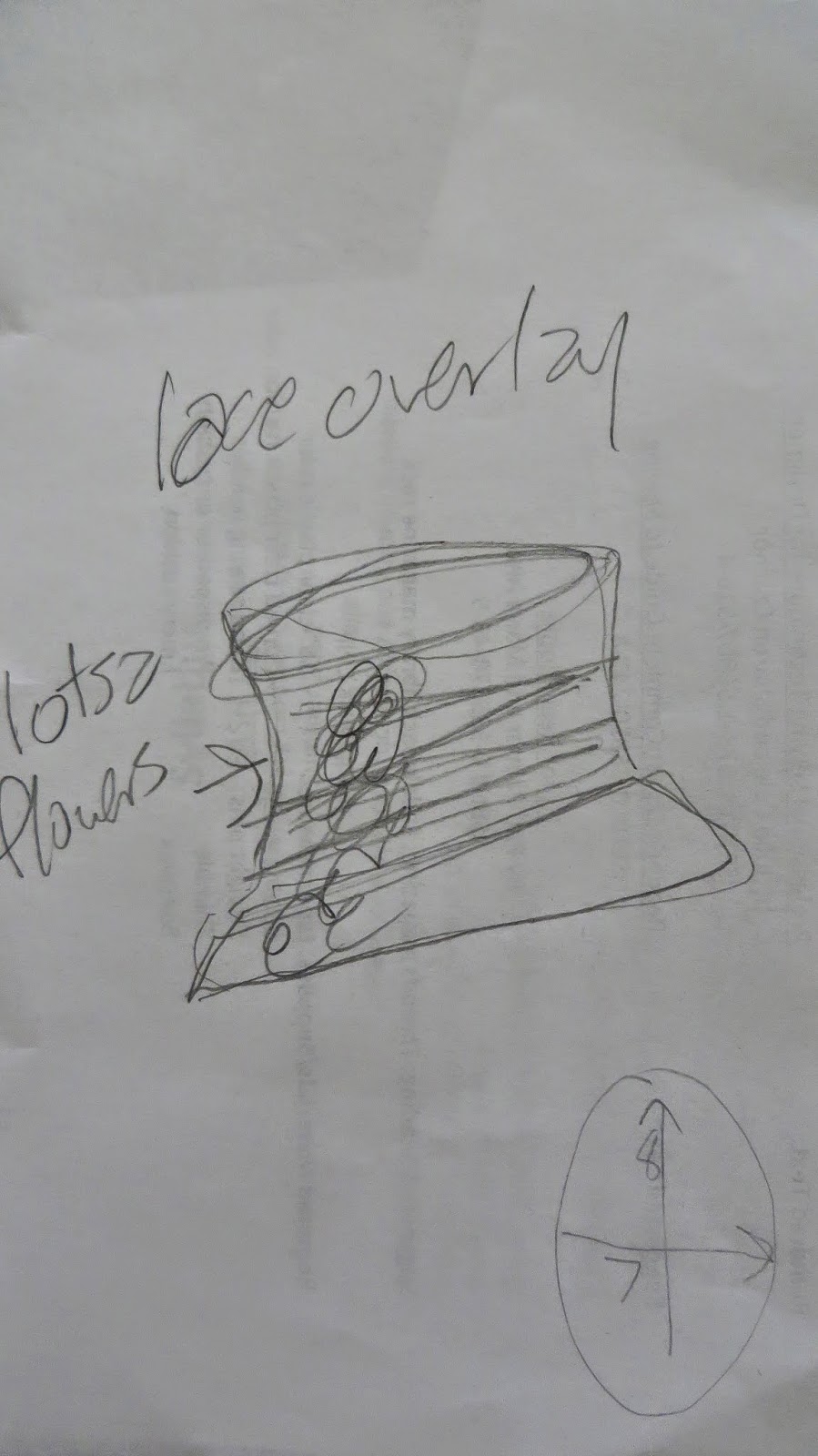 This hat started dancing around in my imagination at the end of last year.
The dance floor in my imagination is very crowded.
So when I knew exactly what I wanted the hat to look like I quickly drew this sketch. 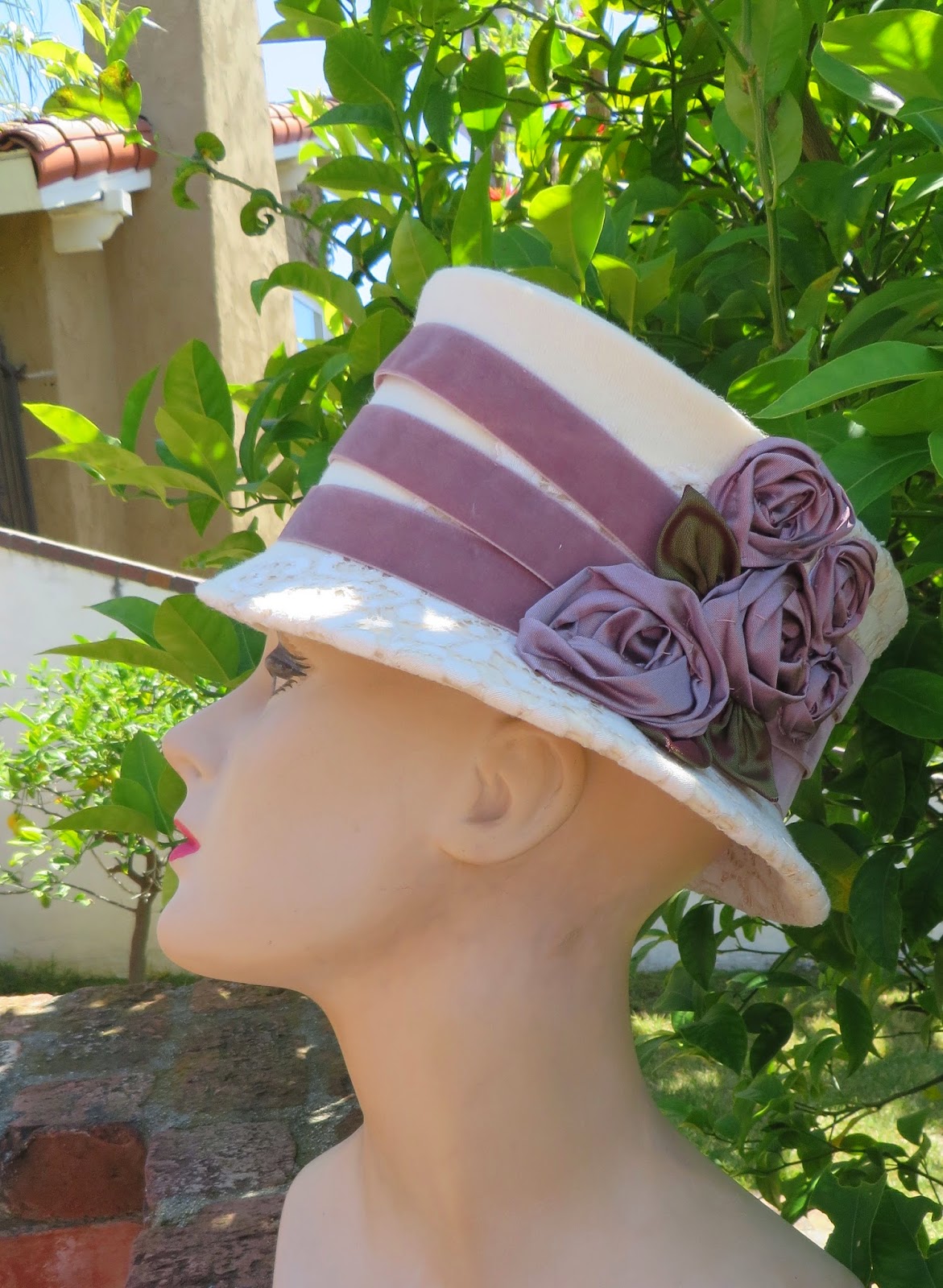 Approximately 5 months later I can state that I have successfully created the exact hat that I imagined.

Let me share the journey from fantasy to reality... 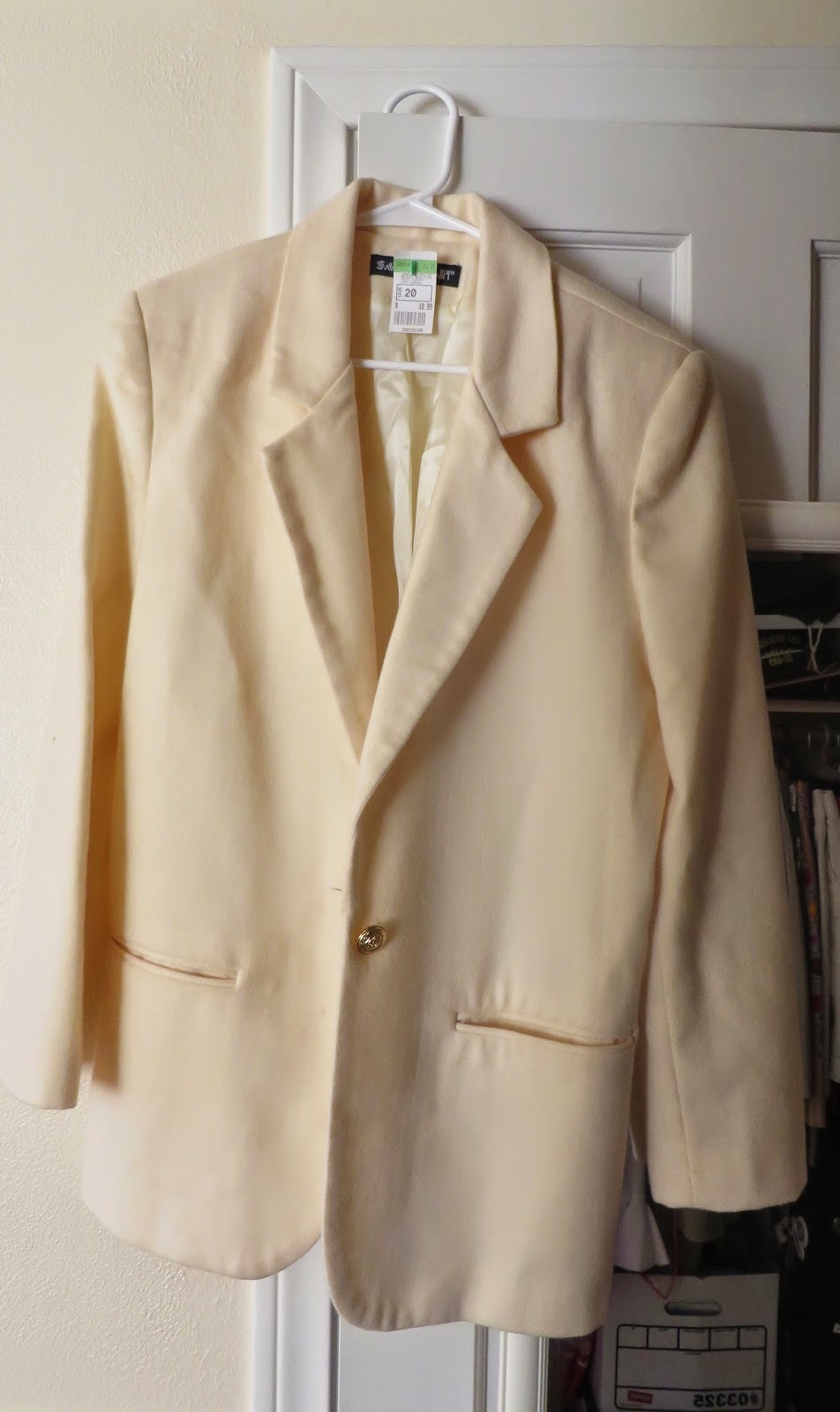 Shopping the half-price sale at my local Goodwill for a different project I found this beautiful off white 100% wool jacket with moth holes.
There were minimal seams so it was a great candidate for recycling into my hat. 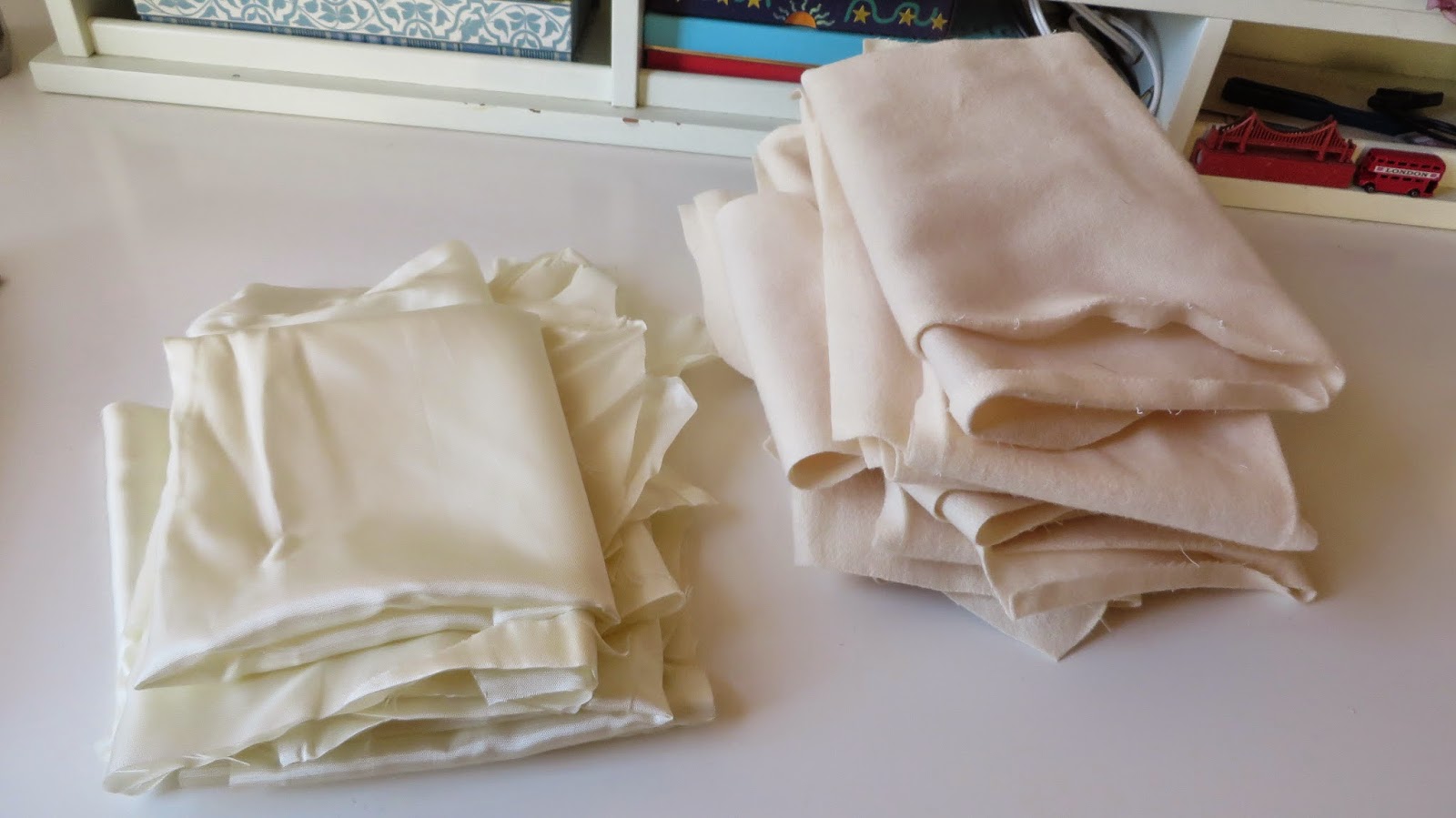 I salvaged the wool exterior and the rayon lining and began the most time-consuming method of creating a hat. 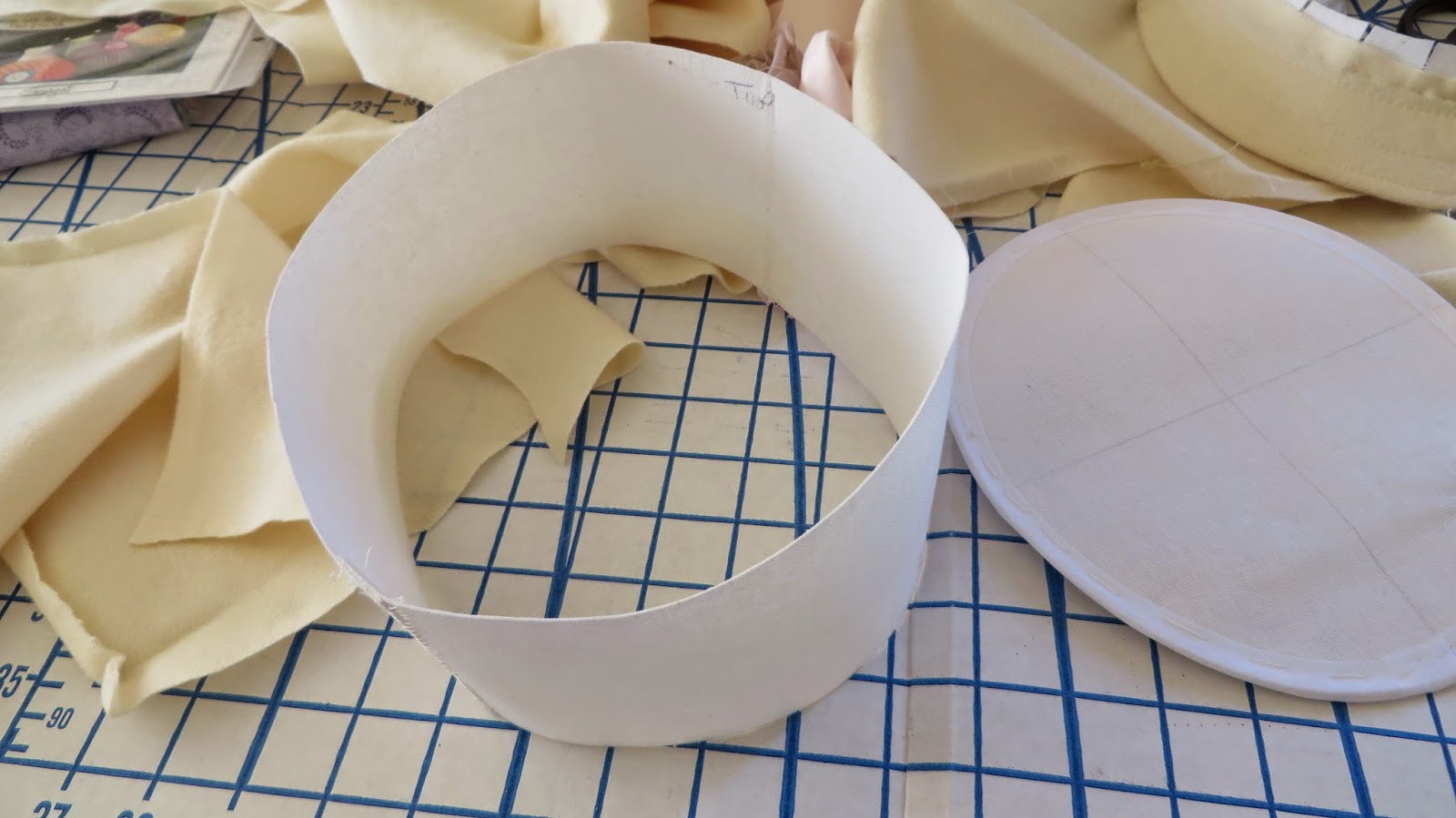 After endless tweeking to paper patterns I finally cut the band, the brim and the tip ( top ) out of buckram.
Pieces were sewn together and some were edged with wire then covered in bias tape.
Easy hand sewing with jab stitches and a straight needle. 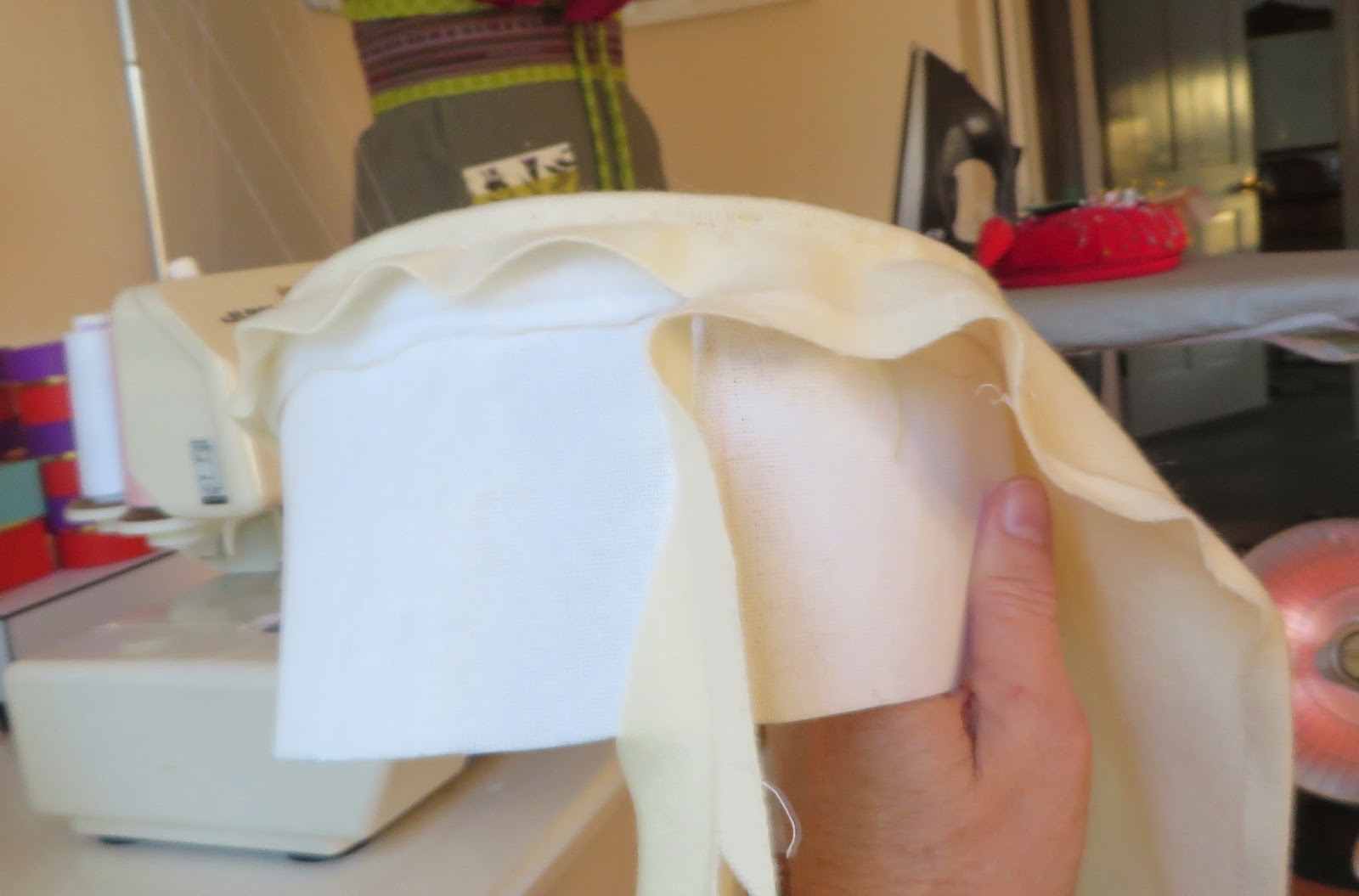 Now that the hat structure was finished it had to be covered in the beautiful wool.
Almost all of the stitching was done by hand with a curved needle.
Difficult and precise work. 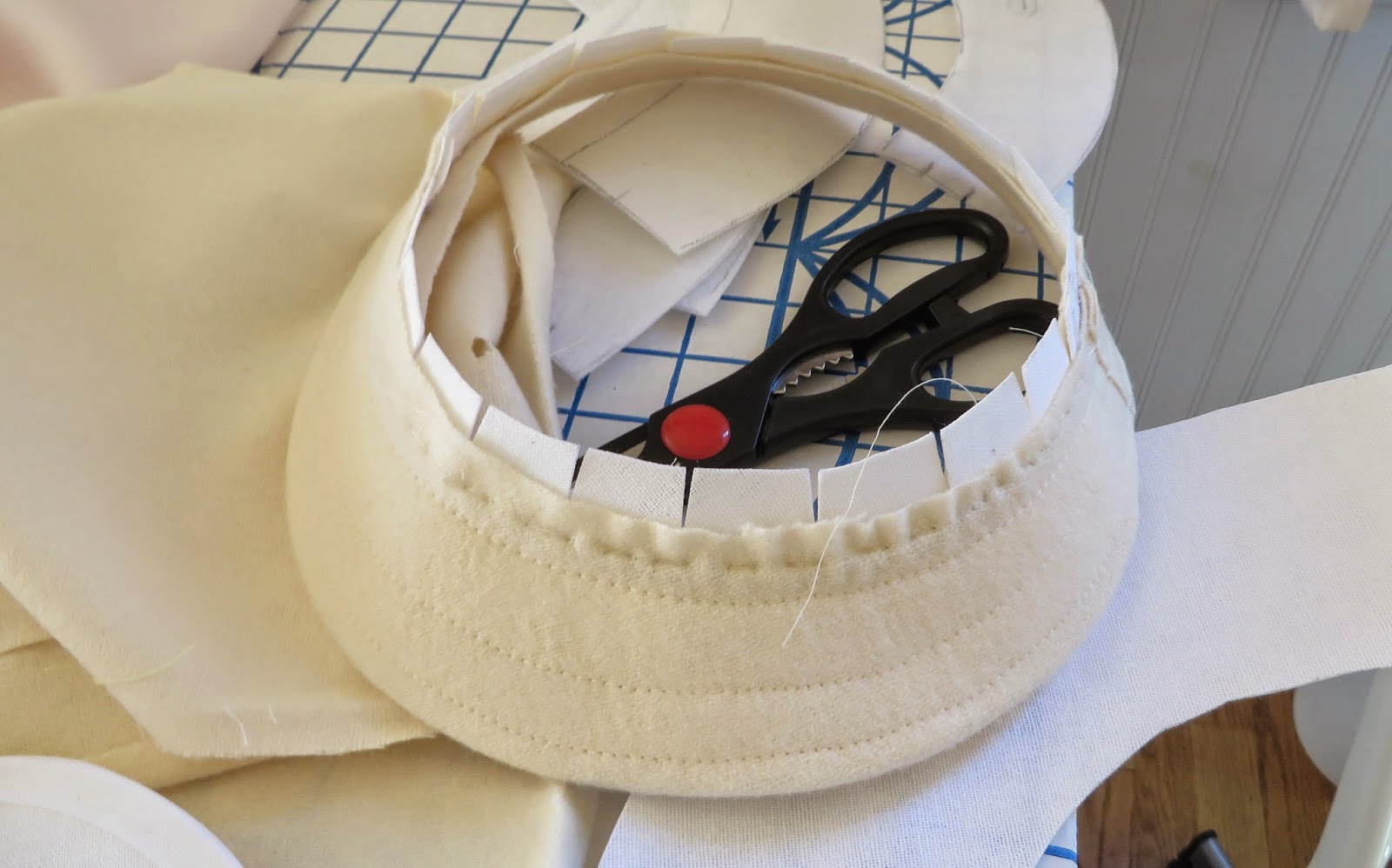 Creating a hat this way is very time consuming.
If I had a wooden hat block this shape I could steam a hat blank over it.
But, I am weird because I actually enjoy the tedious hand sewing and old school methods.
Sometimes the journey is more fulfilling than the destination. 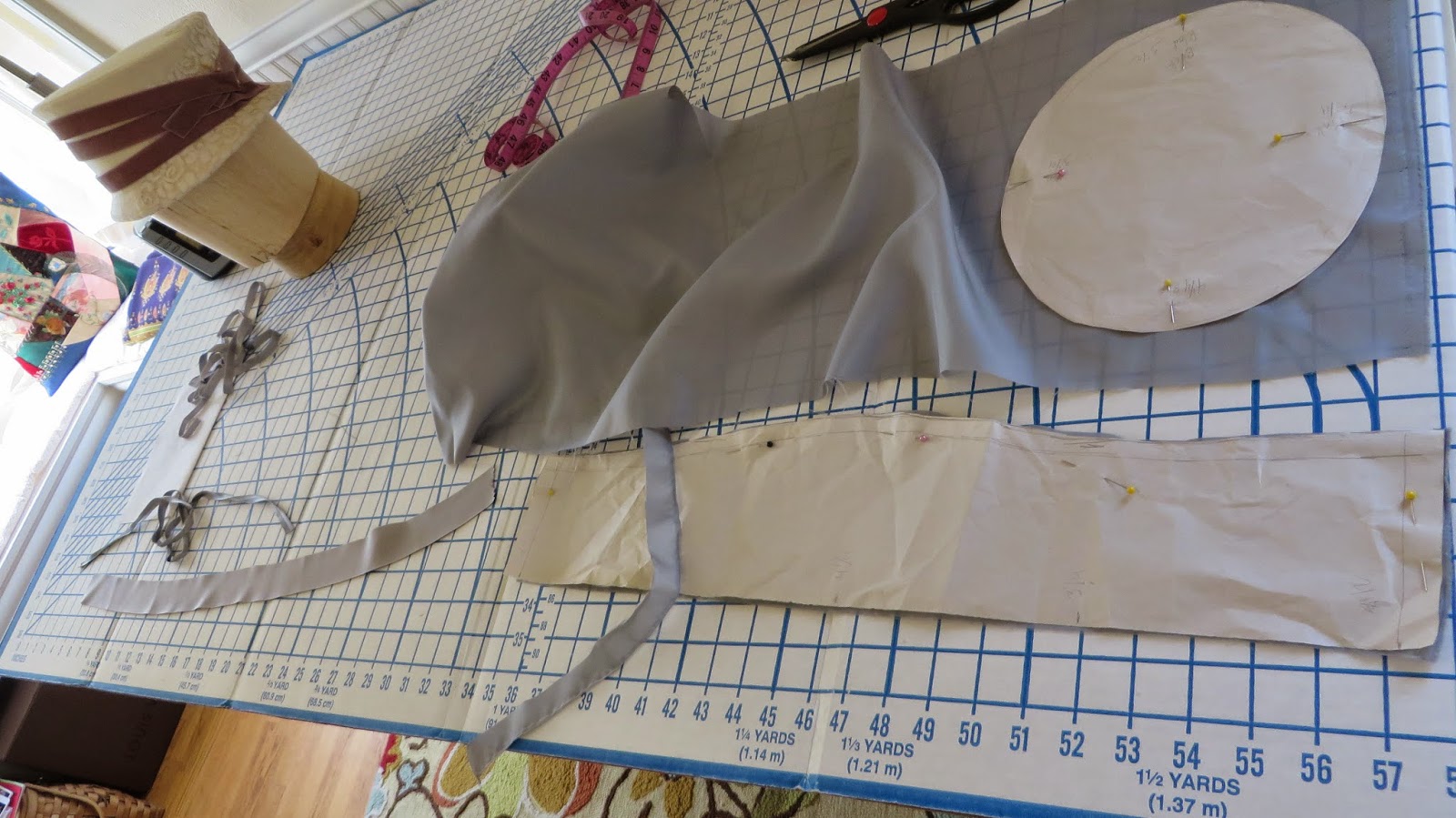 Once the hat structure was completed I cut out the lining
and quickly sewed up the seams on my machine. 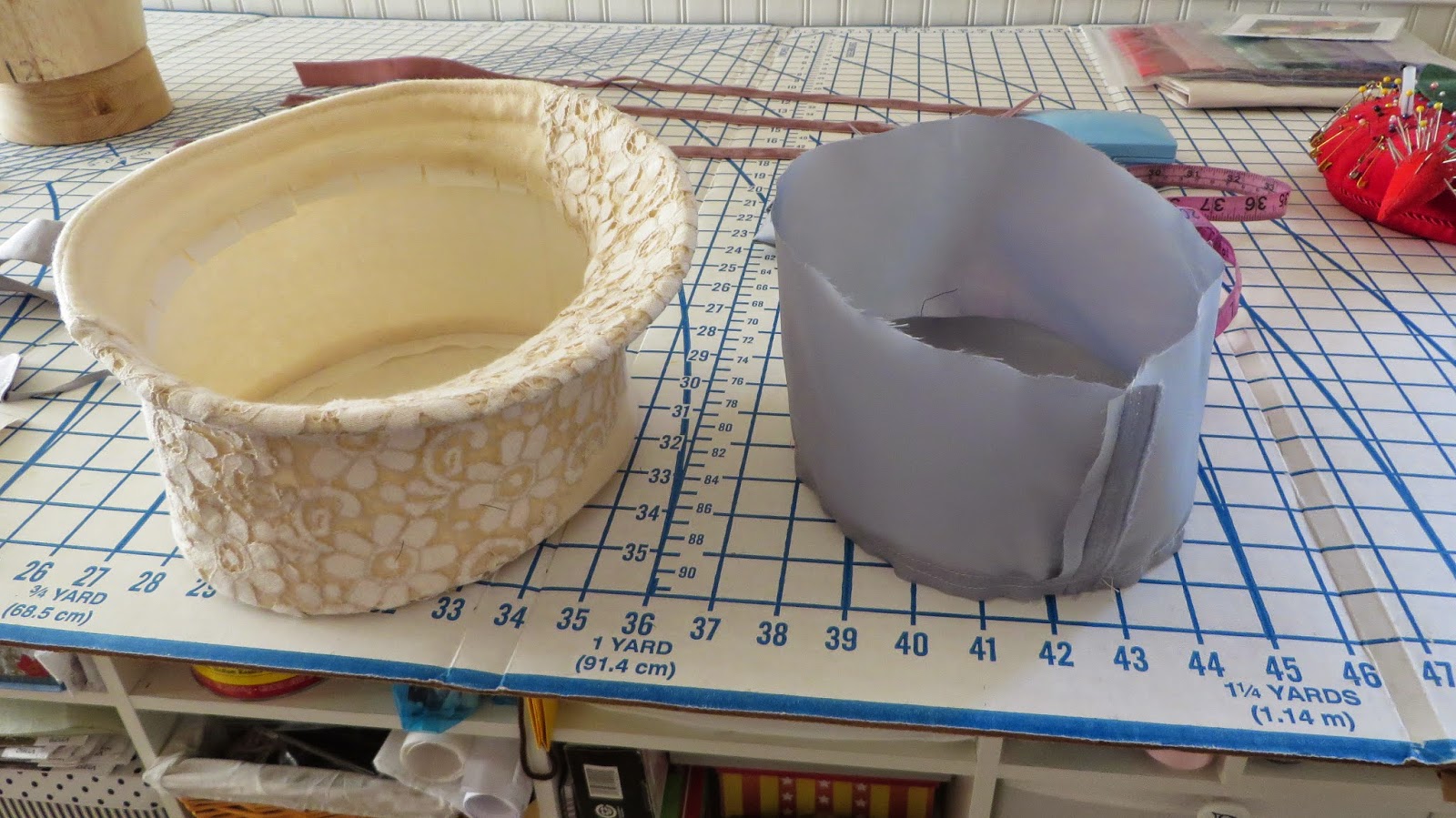 The lining and head band were hand sewn into the hat and I was pretty happy because…
time to embellish !! 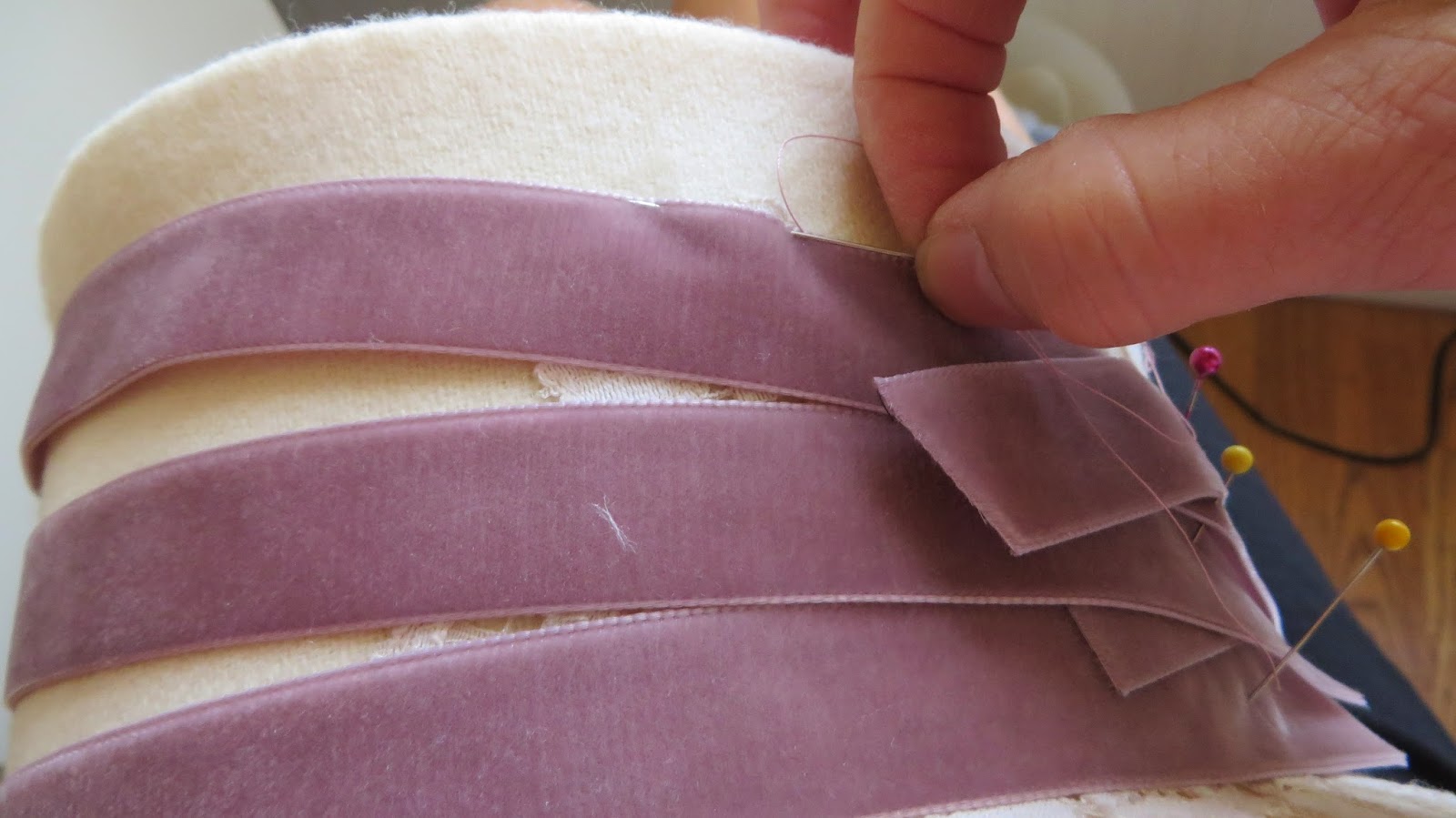 I did not vary at all from my original sketch.
A lace overlay covered 1/3 of the band,
and three strands of velvet ribbon were wrapped around the band.
Triple ribbons are becoming a signature for my hats. 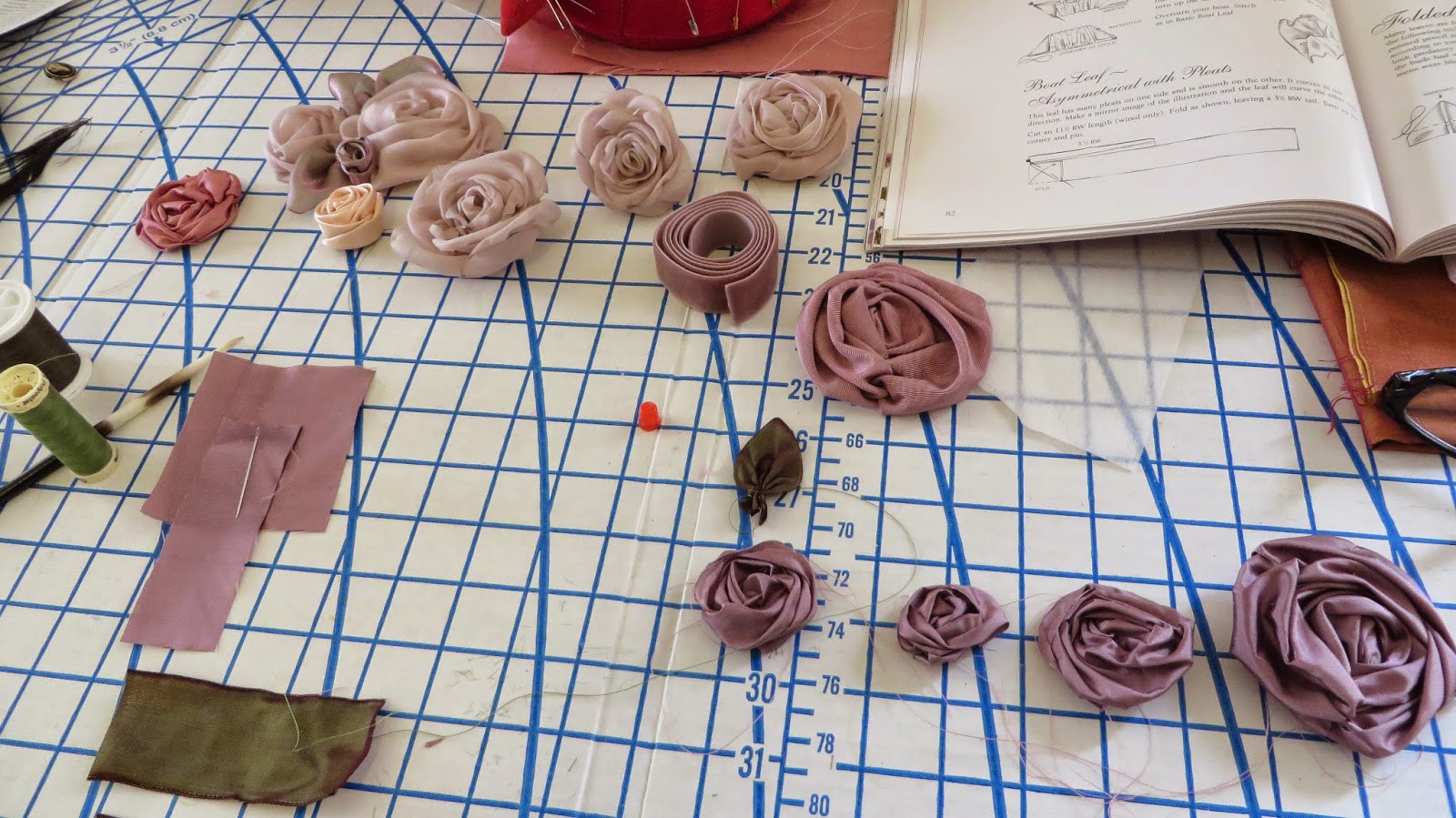 Now the whole time I was working on the structure I was also making flowers,
and flowers, and more flowers.
Some were too tight, some were too bulky and some were disasters. 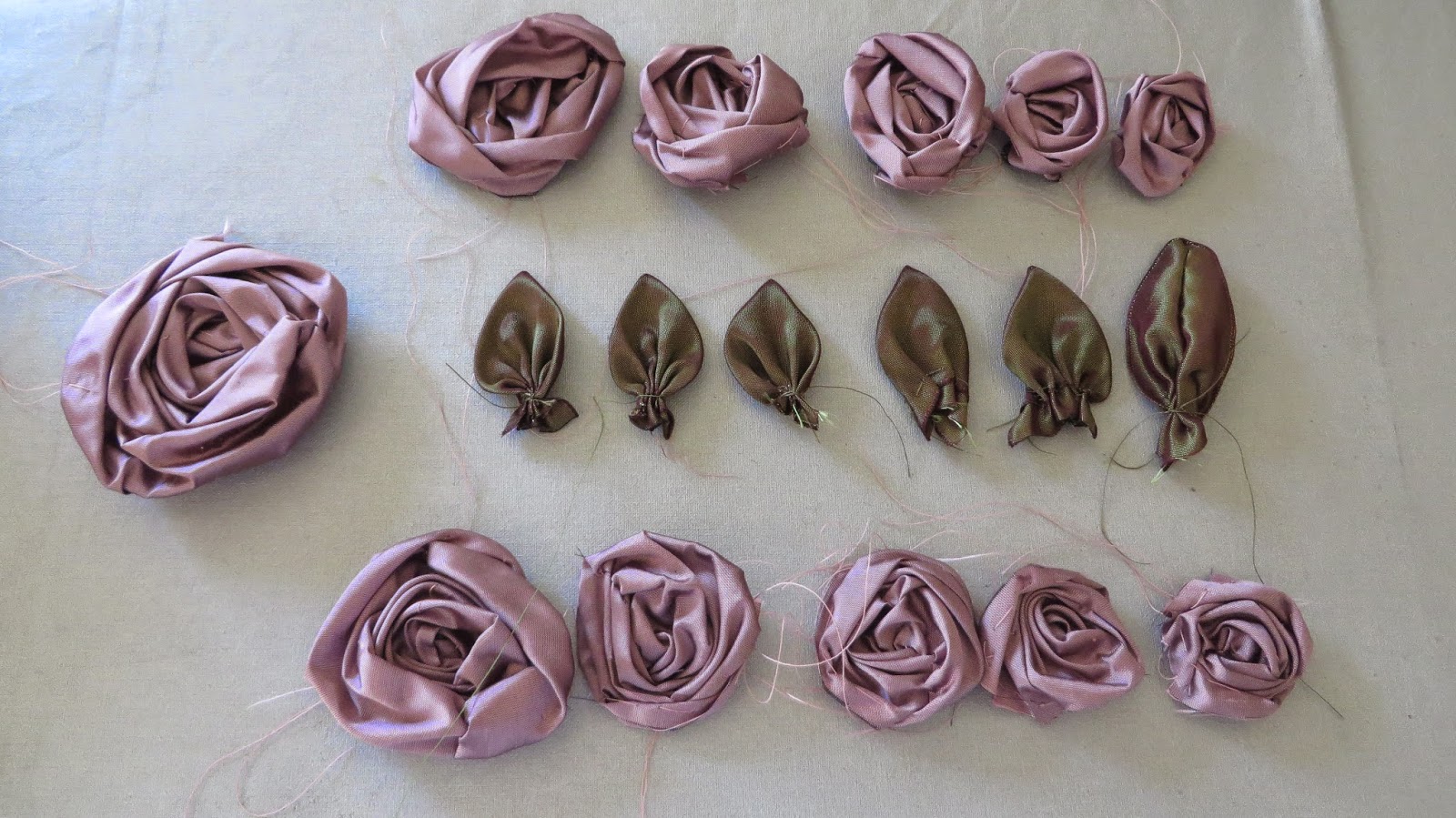 and then I found the method to make roses just right :)

My hat is finished and it looks exactly how I imagined it.

Of course, I took a hat class whilst making it,

and learnt a millinery rule;
height looks best on the left and embellishment on the right.

And that is how I sketched the hat but, of course I built it the opposite.
LOL

Remember,
" With the right hat, nothing else matters "
anonymous quote